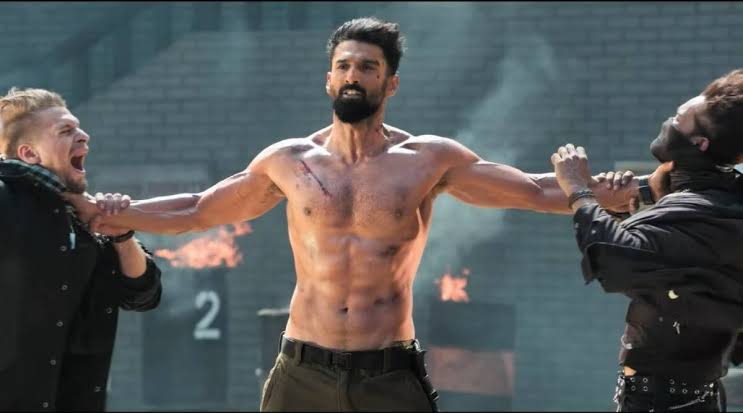 Rashtra Kavach Om which opens this Friday and which was earlier titled Om The Battle Within has its director Kapil Verma somewhat tense and worried. “Yes, there is definitely a bit of nervousness and stress regarding recent films not doing well at the box office for the last few months. But our USP is that we have made a good film, or so we believe, and that is about the best we can do,” says Verma.

Verma is confident in the action sequences. “If I may say so myself Aditya Roy Kapur has done some great action, he is seen in a totally unexpected avatar. Then there is a Sanjana Sanghi in the film. She was earlier seen in an emotional role in Dil Bechara. She plays a RAW agent in my film. She too has done a lot of action scenes. The pair is fresh and Aditya and Sanjana are seen doing things, they have never done previously. But what I am most confident about is the story. It is a strong subject and one that I feel will draw in the audience,” says Verma.

Action films like Pushpa, KGF, and RRR have done well and these successes boost Kapil’s energy. “Yes, different kinds of action films have been released. Not all of them have worked at the box office. It all depends on what kind of action is being projected on screen. In our film, we don’t have Aditya Roy Kapur just hitting and killing people. Every action sequence is supported by the plot and backed by emotions. The action is therefore not gratuitous. The audience will feel Aditya Roy Kapur’s pain and the action scenes are organic to the plot. They take the story forward and are not there just for the heck of it.”

About Rashtra Kavach Om releasing alongside Madhavan’s Rocketry Kapil says, “I love the trailer of Rocketry. But it is an entirely different genre and a completely different experience. It is a film by and starring Madhavan who is a great artist. But like I said ours is a completely different film. Our film is a hard-core massy film. But we never know what the audience will like or won’t like, especially nowadays.”

Kapil is all praise for his producer Ahmed Khan. “Ahmed Sir is a terrific producer, and I can’t thank him enough for giving me this huge opportunity to direct my own film. He told me, ‘Jao apni film banao and don’t take any stress.’ He has stood by me as a pillar of strength and I hope to collaborate with him again.”

Priyanka Chopra is a sight to behold in old Hollywood glam shoot, opens up on starting a family with Nick Jonas

Mother’s Day Special: Check out the adorable pictures of Aamir Khan with...

Katrina Kaif is all hearts as Vicky Kaushal’s...