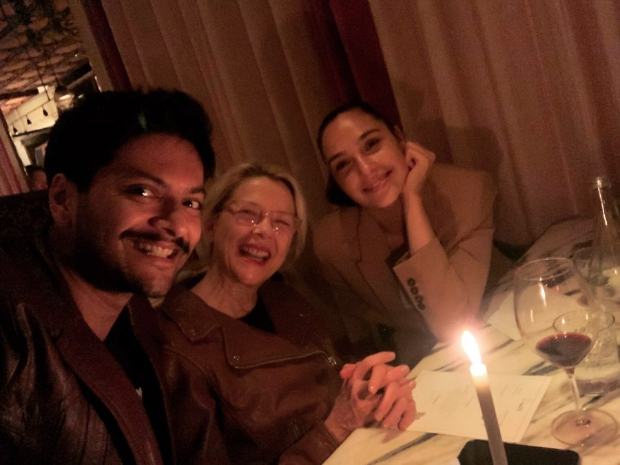 It couldn’t have been a better end to 2019 for Ali Fazal, who returned from London, after having shot 3 months for Death On The Nile, that’s directed by Kenneth Brannagh and stars Wonder Woman actress Gal Gadot, Emma Mackey of Sex Education fame, Armie Hammer, Annette Bening amongst others.

he actor, who is finally back in the bay, admits that there’s a fresh surge of energy after his eclectic experience. “Honestly it’s a nascent part of my career in the west so I’m only learning with each passing day and project. And being on sets of Death On The Nile too was a progressive growing experience for me. When you shoot with people are who are masters of their craft, you will land up learning a great deal of things. I’m humbled by the experience and the time I spent on the sets. I have come back with a great addition to my understanding of an actor’s job, as it’s a part of our lives to keep learning with each part that comes our way. In this day and age, actors are no longer transitioning but merely expanding their skill sets. I aspire to work in different countries, platforms, regardless of their languages. I have found people who push me to seek parts and not projects and that’s my blueprint going forward.”

The film boasts of a glorious star cast headlined by Kenneth himself. Ask him about his co-stars and he said, “They were all extremely kind, professional and warm. The entire bunch m is a wonderful group of people who bring a certain energy every time they walk onto the sets. So I hope I managed to learn from them and I hope I have brought my best to the table. We were a diverse bunch who were bringing some very valuable contributions that it almost felt like the Olympics. It was the amalgamation of these unique energies that made it so interesting.”

Though he has another international project in the offing which kickstarts soon, he remains tight-lipped on it. Instead, he tells us that there’s a lot that happened on desi shores for him. “I am taking my time to be part of projects that I truly want to be a part of. I am still catching up with the work that is being offered. Amazon also announced that Mirzapur season 2 will arrive this year. And there are a few projects which I will announce when the time is right.”

The film Death On The Nile is based on the famous Agatha Christie novel. It explores the investigation Hercule Poirot sets upon due to certain mysterious events that occur on a cruise ship on the Nile. A murder. As the investigation goes on and a handful of suspects come into question, several of the suspects also meet their demise, further deepening the mystery.

Deepika Padukone lights candles on the cake and...

Rajkummar Rao’s First Nude Scene and how his...