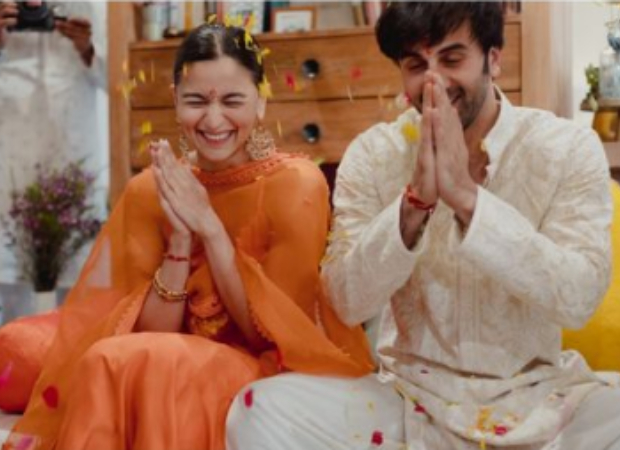 Bollywood actors Alia Bhatt and Ranbir Kapoor, who tied the knot in April 2022, are expecting their first child. The actress, who is currently in London shooting for her Hollywood film Heart Of Stone, took to Instagram to announce her pregnancy news. Alia Bhatt on Monday took to her Instagram to share a photo from the hospital in which she and Ranbir Kapoor are seeing a sonogram. “Our baby ….. coming soon.” The couple is grateful to have received such heartwarming messages from friends, family, and fans.

Taking to her Instagram stories on Tuesday, Alia Bhatt shared an unseen photo with Ranbir Kapoor. She penned a note thanking everyone for their warm wishes. “Overwhelmed with all the love! Have tried to read everyone’s messages and good wishes and all I want to say is, that it truly feels so special to celebrate such a big moment in our lives with all your love and blessings! Thank you to every single one of you,” she wrote.

Alia Bhatt and Ranbir Kapoor got hitched in an intimate ceremony on April 14 with close friends and family in attendance. The couple dated for several years before getting married. Their ceremony was widely covered in news and on social media.

Meanwhile, on the work front, Alia Bhatt and Ranbir Kapoor will star in Brahmastra which is releasing on September 9, 2022. The film is helmed by Ayan Mukerji.

Dia Mirza on her separation with Sahil Sangha:...