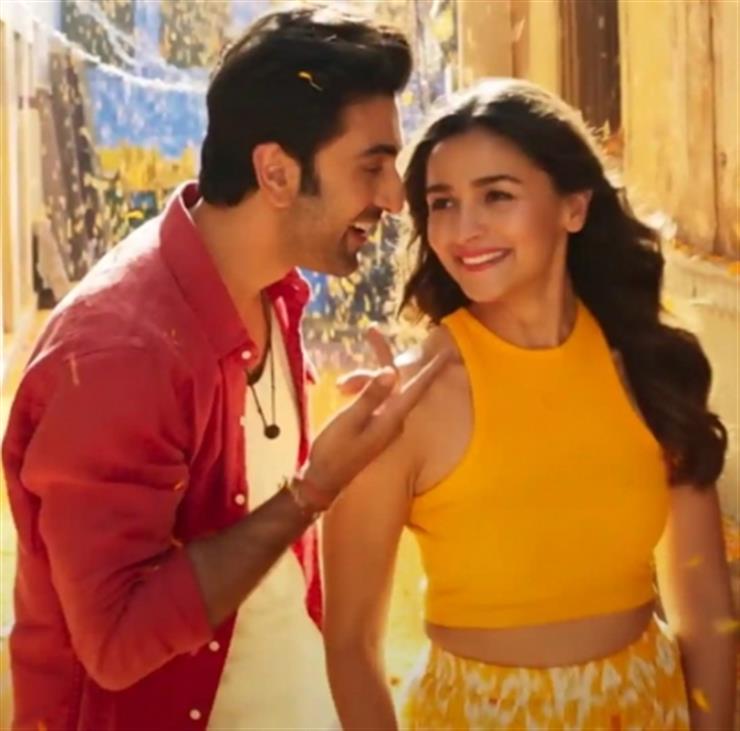 Alia Bhatt, who was in New Delhi for the launch of the song ‘La Ilaaj’ from the movie Darlings, asked why she should be concerned with the trolls when ‘Kesariya’ is topping the music charts. “Gaana number one pe hai, toh main kyun complaint karoon! (The song is number one on the charts, then why should I complain),” she said.

Crooned by Arijit Singh, ‘Kesariya’ has been penned by Amitabh Bhattacharya and composed by Pritam. The two-minute-fifty-two seconds song chronicles the love story of Isha (Alia) and Ayan (Ranbir), and how they confess their love for each other at the spiritual location of Varanasi.

Darlings is a dark comedy that delves into the lives of a resilient mother-daughter fighting for love and finding their footing in Mumbai whilst also battling their demons. Produced by Gauri Khan, Alia Bhatt and Gaurav Verma, the film marks the feature film debut for director Jasmeet K Reen. With the cast including Alia Bhatt, Shefali Shah, Vijay Varma and Roshan Mathew in lead roles, Darlings also marks Alia’s first feature as a producer.

Karan Johar sent some ice cream for Kartik Aaryan, here’s what happened next

Anupama: Mika Singh comes to celebrate the occasion of Anupama and Anuj’s wedding

May The Fourth Be With You! 15 iconic dialogues to live by...