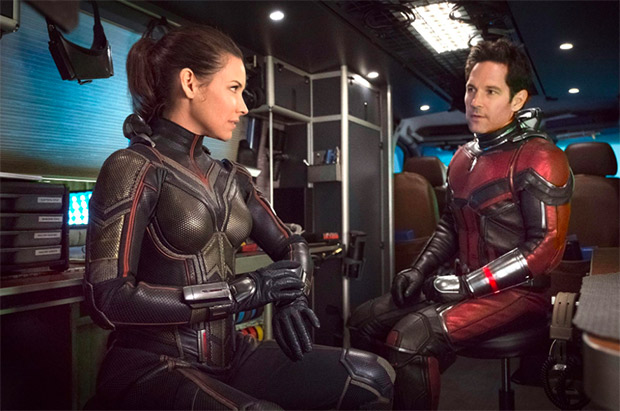 Marvel unveiled the first footage from the first movie in Phase 5, Ant-Man and the Wasp: Quantumania, at the MCU San Diego Comic Con 2022 panel, that features a scene where Scott Lang confronts Kang the Conqueror.

According to Entertainment Weekly, during the studio’s massive Hall H panel at San Diego Comic-Con on Saturday, Marvel chief Kevin Feige announced that the upcoming Ant-Man movie is actually the beginning of Phase 5, and that Phase 4 will now end with Black Panther: Wakanda Forever.

Kevin Feige also went on to reveal that Phases 4 through 6 will be known as “The Multiverse Saga,” with Phase 6 ending with two films: Avengers: The Kang Dynasty and Avengers: Secret Wars. Ant-Man and the Wasp: Quantumania will see the return of Paul Rudd and Evangeline Lilly as the titular Ant-Man and Wasp.

As per the report, the first footage from Ant-Man and the Wasp: Quantumania, revealed Paul Rudd’s Scott Lang a.k.a. Ant-Man coming face-to-face with Jonathan Majors’ villain Kang the Conqueror. “I don’t know who you are, but you’ve made a big mistake,” Scott says to Kang. “I’m an Avenger.” Kang coldly replies, “You’re an Avenger? Have I killed you before?”

The footage also reveals that, in the time since we last saw Scott, he’s written a book about his adventures as an Avenger, called “Look Out for the Little Guy”. But his daughter Cassie (now played by Kathryn Newton) is unimpressed. Eventually, all of them — Scott, Cassie, Hope (Evangeline Lilly), Janet (Michelle Pfeiffer), and Hank (Michael Douglas) — get sucked into the quantum realm.

There’s a quick shot of Bill Murray’s mysterious character, who says, “Janet Van Dyne! I thought you were dead!” There’s also a shot of M.O.D.O.K. The film is written by Rick and Morty writer Jeff Loveness and is set to bring back Jonathan Majors as Kang the Conqueror and also introduce Bill Murray to the MCU.

Ant-Man and the Wasp: Quantumania is currently scheduled for release on July 28, 2023.

On The Sets: Katrina Kaif and Vijay Sethupathi shoot an intense scene for Merry Christmas; have a discussion with director Sriram Raghavan

Kang Daniel to officially make comeback after over...

Hrithik Roshan and Sussanne Khan come together for...