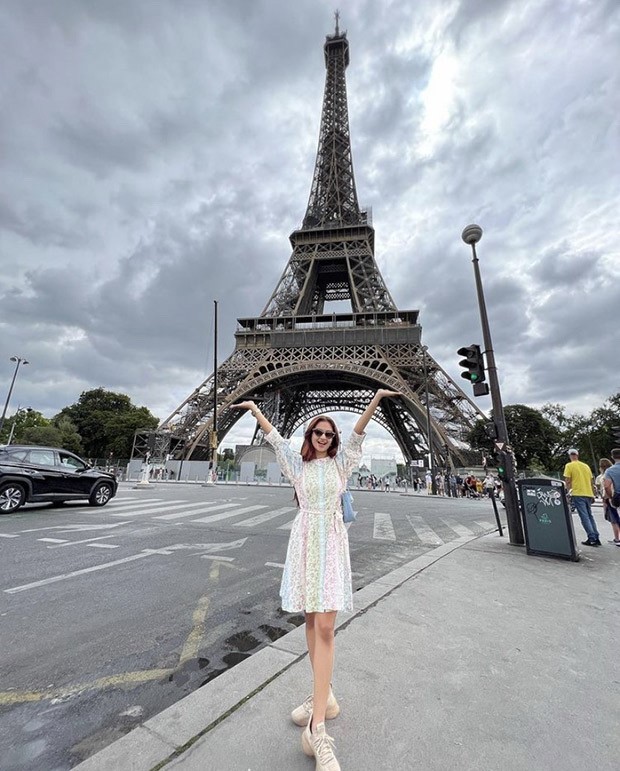 On August 4, well-known actress Anushka Sen celebrates her birthday. This young actress doesn’t need an introduction since, thanks to her superb acting abilities, she has already earned a special place in people’ hearts. She has wowed the crowd with her superb performance in a number of performances during her career and has found success at a very young age. Anushka has accomplished a lot in her lengthy career and is continuing to rise to new heights of accomplishment. Even though Anushka is working on several amazing projects, she is now on vacation. The actress and her parents are frequently seen on vacations in far-off places. Prior to her birthday, the actress and her parents flew to Paris to celebrate their daughter’s 20th birthday.

The adorable diva often updates her Instagram followers on her travels with posts and stories, and she just shared some photos of her and her parents posing in front of the Eiffel Tower, and what kind of trip to Paris would be complete without seeing the Eiffel Tower? As a result, Anushka can be seen taking pictures with the Eiffel Tower in the backdrop. In the pictures, she can be seen smiling broadly while posing in a sweet, pastel-coloured rainbow midi dress that she paired with white sneakers. The actress accessorised it with a cute little blue shoulder purse, black sunglasses, and brunette hair. Anushka is seen in the next set of images standing next to her parents, with the Eiffel Tower in the distance. They all look happy and at peace as a family.

Meanwhile, on the work front, Anushka was last seen as a contestant in Khatron ke Khiladi 12, she is currently hosting chat show Not Just A Chat Show

Fahmaan Khan and Kritika Singh Yadav to play the leads in new...

BTS members to appear in another Seoul Metropolitan...