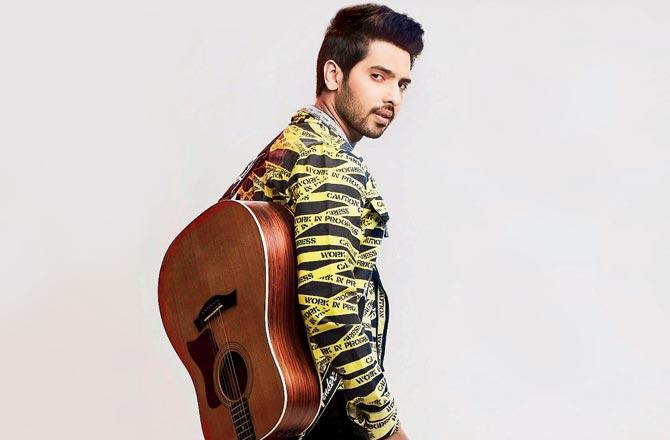 Voice of the Hindi version of Aladdin, Armaan Malik on why singing posed the biggest challenge in the offering

“You say ‘gham’, from the epiglottis,” says Armaan Malik earnestly, before breaking into a laugh on re-tracing the words from the popular 2010 offering, My Name Is Khan. Chronicling the toil of learning Urdu for his dubbing act in the Hindi version of Guy Ritchie’s American musical fantasy, Aladdin, Bollywood’s promising singer found himself a neophyte again as he went behind the mic to lend his voice to the protagonist, played by Mena Massoud. Even though many may suggest this is an unexplored territory for Malik, he reveals his first dubbing stint traces back to the time he was eight.

“It’s mentioned online, but not many know that I’ve had a journey in dubbing. When I started, there was no training given to people. Kids, who could sing and had appealing voices, were tested. The learning was on the job. So, the more I dubbed, the more fluid I became. It’s because of that experience early on that this is now part of my skill set,” says the singer, who also has films like My Name Is Khan on his resume as a dubbing artiste.

A ’90s kid, and a fan of live-action flicks, it was easy for Malik to be attracted to the offer. A 15-second audition of the character won him the trust of folk at the Disney headquarters, and the chance to blend two arts — dubbing and singing —that he had his heart set on. “Ironically, singing posed the tougher challenge,” he says, pointing to the manner in which musicals treat the art. “I’d have to speak the words rather than focus on the tune. It’s more like a spoken song. A song will break out from a dialogue, and must be rendered with expression; acted out. They didn’t want the character to sound like a singer, but yet be appealing when he sings. So, not singing was tougher than dubbing for the dialogues.”

Ritchie’s offering may have opened to mixed reviews on international turf, but with powerful names like Will Smith as the genie, and Princess Jasmine finding her face in Naomi Scott, Malik knew that the film’s fate also depended on how appropriately his voice did the acting. “We are essentially voice actors. My tonality had to align with the reaction of the star. I had to jump around in scenes that sees Aladdin panting, to make the act genuine. For scenes, I also had to make several facial expressions, and would switch the lights off to keep others from watching my stupidity.”

It was his tryst to pull off a promising act that made the singer focus on his acting skills. Having “jumped into” the dubbing on day one to save time, Malik admits he failed to connect with his on-screen avatar throughout the 40-minute-long dubbing session. “It took me a day to get into the mood. On the first day, I was focusing on completing as much as possible. However, on day two, I decided to read the material twice to understand the character better before stepping into the studio. I learnt a lot about dubbing and the role, by the end of the four-day session. So, after the fourth day, I decided to re-record the material of the first day because it was disconnected from the rest.”

Felt trapped by being myself, says Will Smith on his bucket list

WAR to be Tiger Shroff’s highest grosser of all-time.

Shah Rukh Khan is grateful to be able to help BMC in...