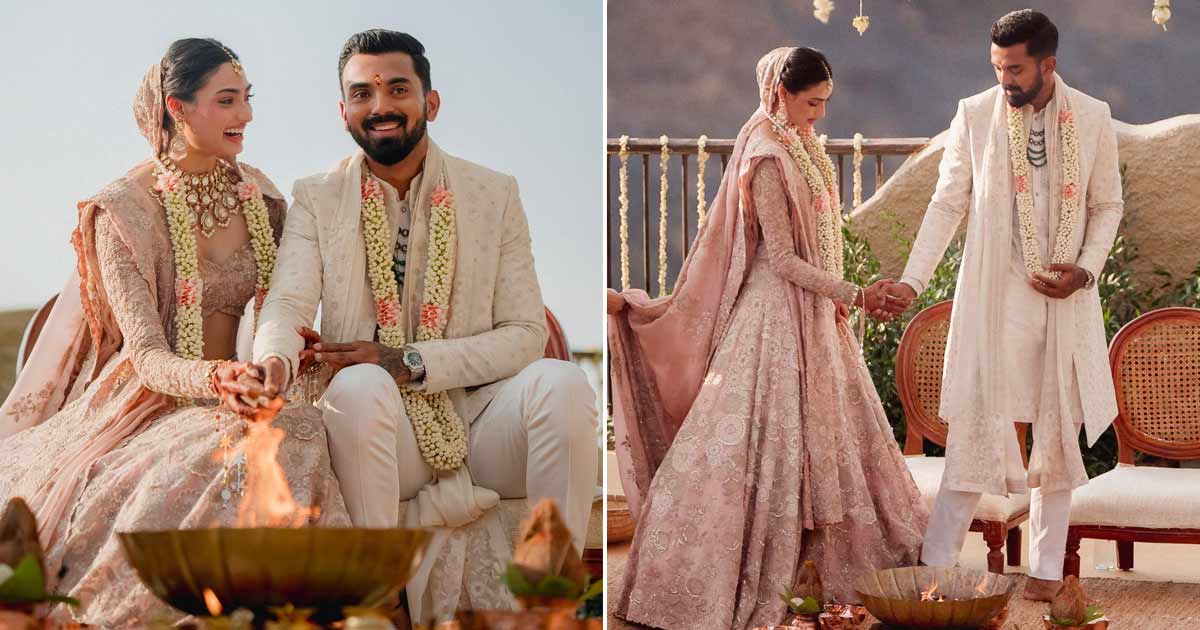 In our culture, red is regarded as an auspicious colour and is the first colour that comes to mind when considering wedding attire. Most people at some point in their life have fantasised of wearing a red wedding lehenga. But isn’t it being overdone now? Yes! And for this reason, brides are increasingly choosing different colours other than red for their lehengas instead of red. These days, brides are trying everything on, from pastels to rusty tones, and we cannot praise them enough for taking this initiative. Although red has an elegance all its own, there is one more colour that has attracted our attention—and not just ours—because it will make you stand out above the others. Yes, we are referring about the serene and beautiful colour. We’re discussing blush pink lehengas.

Pink pastel lehengas appear to have been the most preferred option at several recent Bollywood weddings. Many of these famous brides, like Sonam Kapoor and Anushka Sharma, chose the pastel pink lehenga colour for their wedding ceremonies! Athiya Shetty is the most recent celebrity to join the club. Celebrity photographer Rohan Shreshtha was asked to take the wedding portraits. Rohan dropped some gorgeous pictures of Athiya looking stunning in bridal lehenga.

Athiya Shetty and KL Rahul, long-time lovers, wed on a bright January afternoon in the presence of family and friends. Even if they kept their relationship a secret for a while, it is reasonable to conclude that at least the rumours were genuine when the pair started dating back in 2019. Athiya Shetty and KL Rahul, who were deeply enamoured with one another and their lovely romance, paved the way for a picture-perfect day wedding with pastel attire. Athiya Shetty has served as Anamika Khanna’s muse on multiple times, thus it was predictable that she would choose the designer for her wedding. Her stunning blush pink lehenga was also covered with the designer’s exquisitely embroidered flower design language. Anamika Khanna, a well-known designer, created Athiya’s handwoven and handcrafted lehenga. The pink outfit was made of silk and embellished with zardozi and jaali work to elaborate the exquisite pattern. The lehenga was worn with a silk organza-filled dupatta and an equally stunning veil. It was covered with a smattering of intricate artistry, which added to the complexity of the bridal ensemble

During an interview with Vogue, Anamika Khanna shared the details about creating Athiya Shetty’s wedding look. The designer revealed that the beautiful lehenga was the outcome of 10,000 hour-long hard work by the team. She added that the inspiration for the attire was Athiya Shetty herself, who wanted to carry a special look on her special day. Anamika praised Athiya for her fine taste in fashion.

Not only that, but Athiya Shetty wore bold Polki jewellery, focusing mostly on her neckpiece and earrings. She wore them with a little maang tikka, making her appear stunning.

Athiya Shetty embraced the nude and minimal glitz for her wedding day, championing the less-is-more fashion trend. Her pink Anamika Khanna lehenga went perfectly with the muted pink makeup. She makes a case for understated yet impactful bridal beauty with a soft wash of blush pink eyeshadow, sheer pink lips, and attention-grabbing kohl-lined eyelids. She looked more balanced because to the mane-parted bun laced with a maang tika.

Bigg Boss 16: Bhojpuri star Rani Chatterjee accuses Sajid Khan of asking her about her breast size and her frequency of intercourse 

Makers of Janhit Mein Jaari run into trouble with multiplexes on the offer of selling tickets for Day 1 at Rs. 100

Sunil Grover gets emotional sharing a video of him performing in front...

Scholarship named after Shah Rukh Khan to be...

Bigg Boss 16: MyGlamm on board as official...