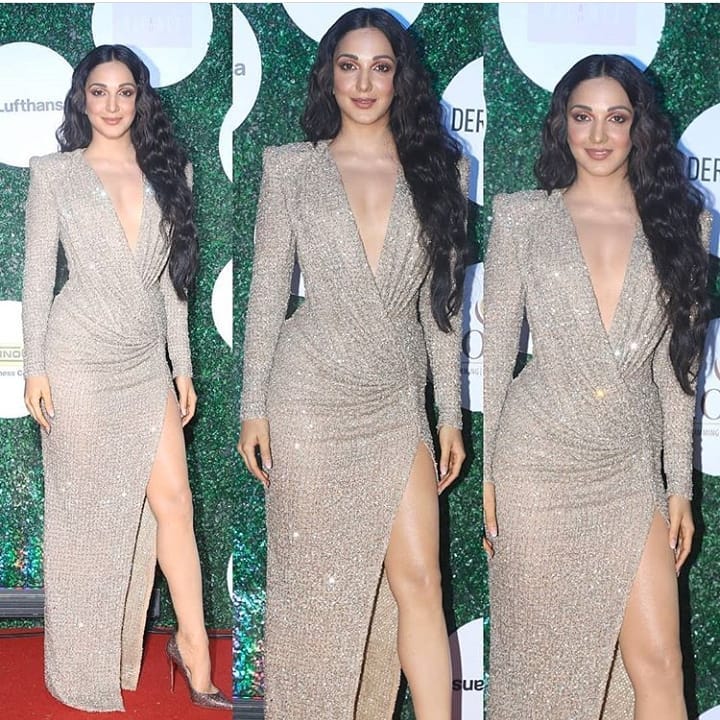 Actress Kiara Advani, who raised many eyebrows owing to her last film, Kabir Singh, gets trolled mercilessly over her latest outing at the Global Spa Awards. Netizens are anything but impressed with Kiara’s bold make-up and they are trolling the actress for the same. It all happened when Kiara posed for the media along with Shahid Kapoor on the red carpet at the event and her pictures landed on Instagram.

On the work front, Kiara Advani will be seen next in Bhool Bhulaiyaa 2 opposite Kartik Aaryan. The comedy-horror film will is being helmed by Anees Bazmee and is slated to hit the theatres on July 31, 2020. Kiara is also gearing up for Good Newwzz, which also casts Akshay Kumar, Diljit Dosanjh and Kareena Kapoor Khan in the lead roles. The film is directed by Raj Mehta and is expected to arrive at the theatres on December 27, 2019.

Priyanka Chopra steps out in suit on the...

Alia Bhatt celebrates her 27th birthday with her...