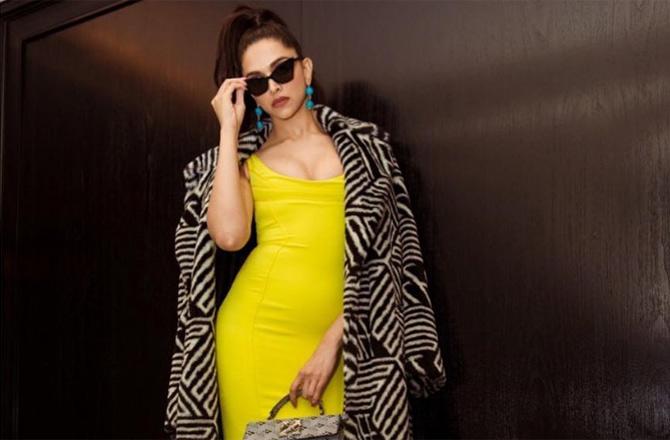 Deepika Padukone will be walking the red carpet at the Cannes Film festival, this year again on May 16 and 17, where global icons from across the globe will be present

Deepika Padukone is all set to walk the red carpet of Cannes Film Festival on May 16-17. Deepika has got a widespread fan following and these Instagram handles are really rooting for their favorite in this unique way! On the social media sites, the fans of the actress have started changing their fan page names to ‘Canneswale’ just like the way the fans across the world had changed their names and profile pictures during Deepika’s wedding with Ranveer Singh by changing their handles to ‘Ladkiwale’.

The actress will be walking the red carpet at the Cannes Film festival, this year again on Thursday and Friday, where global icons from across the globe will be present. Deepika aced the Barbie look by being all Kawaii at the MET Gala event, where she walked elegantly exhibiting a great style in a Zac Posen couture, which made the fans go bonkers over her unique choice. After that, her fans are awaiting her look from Cannes again.

Deepika recently turned producer with Meghna Gulzar’s film, Chhapaak, which is based on an acid-attack survivor, Laxmi Agarwal. Deepika plays the character of Laxmi Agarwal in this film. Chhapaak marks her debut as a producer and she has also come on board to co-produce Ranveer Singh’s ’83. The film is about Indian Cricket Team’s historic World Cup victory in 1983 under the captainship of Kapil Dev. Ranveer essays Dev’s role while Deepika plays his wife, Romi Bhatia’s role in this Kabir Khan directorial.

Akshay Kumar reveals what made him say yes...

Teaser of OM: The Battle Within unleashes the...