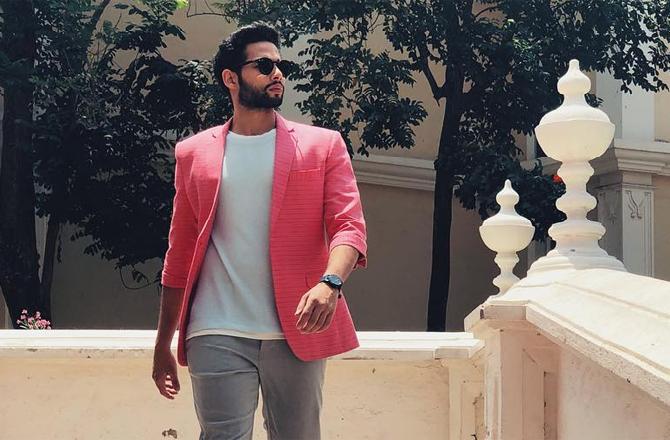 Siddhant Chaturvedi, who showed us that he always adds a personal touch to his characters, has now shown his take on the international collaboration with style, much before the movie’s release

Check out Siddhant Chaturvedi’s desi MIB attire at the MIB international fan event in Bali. The actor who aced the role of MC Sher walks the MIB International event with his stunning desi look for the movie.

Siddhant Chaturvedi who showed us that he always adds a personal touch to his characters has now shown his take on the international collaboration with style, much before the movie’s release. The actor wore a classic traditional Black kurta.

The actor-rapper was seen at the MIB International event in Bali. The fans are already excited to see the young star now become the voice of an International Spy.

After receiving immense appreciation for his character MC Sher, Siddhant Chaturvedi is already being flooded with film offers.

However, the actor has admitted to choosing his scripts with great caution. The Gully Boy actor will be next seen lending his strong voice for Chris Hemsworth’s character in the classic ‘Men in Black’ International.

Siddhant and Sanya Malhotra have been roped in to lend their voice to the lead characters in the Hindi version of the Hollywood film.

He has lent his voice to the character essayed by Chris Hemsworth, while Sanya has voiced for Tessa Thompson’s role.

Sony Pictures Entertainment India will release “Men In Black: International” in India on June 14 in Hindi, English, Tamil and Telugu.