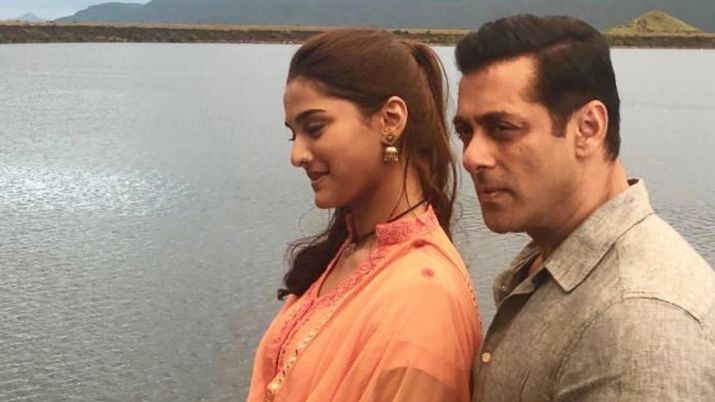 The millennial star who is all set to mark her Bollywood debut oppositeSalman Khan in the upcoming film Dabangg 3′ is taking the internet by a storm with her stunning pictures. The debutant is currently on a promotional spree with her co-actors and is seen flaunting her dazzling avatars at different promotional events.
Recently the actress shared pictures on Instagram dressed in a trendy outfit. Saiee was seen wearing a white shirt paired with a red tank top and maroon coloured shimmery pants. Her hair was left loose around her shoulder and she finished her look with minimal make-up.

Recently, in an exclusive interaction with Etimes, Saiee about her debut film. She said, “I don’t know. I am just soaking all this in right now. It’s the best time for me and I literally have to pinch myself to believe that I am making my debut with Salman sir.”

Directed by Prabhudheva, stars including Sonakshi Sinha and Arbaaz Khan will be reprising their roles from the previous instalments. South star Kichcha Sudeepa has been roped in to play the main antagonist in the film. The film is slated to release on December 20, 2019.

Meghna Gulzar: I have been making films for 20 years, now I fit in