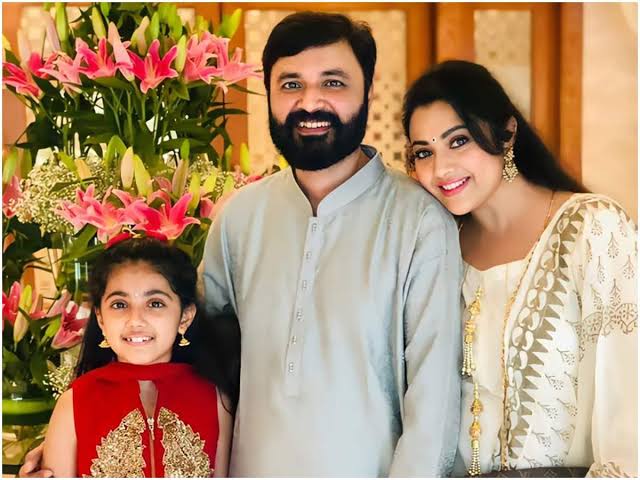 Actress Meena’s husband and businessman Vidyasagar passed away after being admitted to a private hospital in Chennai. He was reportedly taking treatment for a lung infection for the past few months. He is survived by his wife and actress Meena and their little daughter Nainika.

Meena, who is known for her doing films with big names in the South industry, was seen in Drishyam 1 and 2 alongside Mohanlal. The actress also has several well wishers from the industry, out of which some of them took to social media to extend their condolences to her and the family. Sarath kumar, who has acted with Meena in many films expressed his grief over the demise saying, “It is shocking to hear the news of the untimely demise of Actor Meena’s husband Vidyasagar, our family’s heartfelt condolences to Meena and the near and dear of her family, may his soul rest in peace.

Also, co-actress Khushbu Sundar too expressed her shock over the news adding, “Waking up to a terrible news.Heartbroken to learn actor Meena’s husband, Sagar, is no more with us. He was battling lung ailment for long. Heart goes out to Meena n her young daughter. Life is cruel. At loss of words to express grief. Deepest condolences to the family. #RIP”

In her recent tweet, the actress also requested the media to be more responsible and not to cause panic. She added, “I very humbly request the media to be little responsible. Meena’s husband had covid 3 months back. Covid worsened his lung condition. Pls do not send out a wrong message & create any kind of fear or cause flutter by saying we lost Sagar to covid. Yes we need to cautious, but pls.”

Meena tied the knot with businessman Vidyasagar way back in 2009. Their daughter Nainika is also a child artist like her mother. She played the role of Vijay’s daughter in the blockbuster Theri that also starred Samantha Ruth Prabhu.

BREAKING: Gupt’s special screening to be held in Mumbai on the occasion of its 25th anniversary; Bobby Deol, Manisha Koirala, and Kajol to grace the screening

“Our home has become eerily quiet,” Usha Mangeshkar on living without Lata Didi, to publish a book of her paintings

Sari is the most modern garment, one which...

5 Beauty Tips Every Woman Should Know !!

Devoleena Bhattacharjee quarantined for 14 days after her...