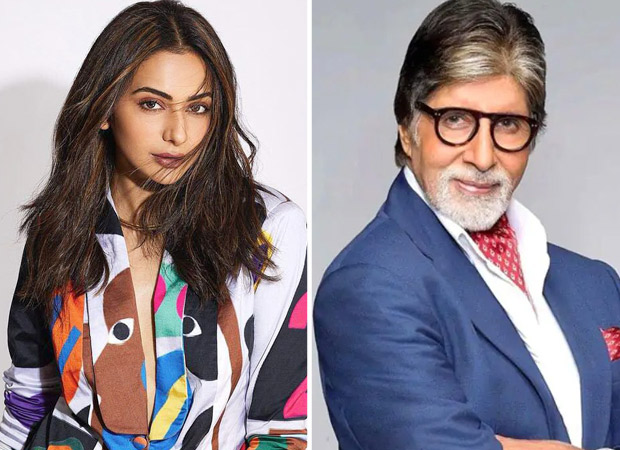 Rakul Preet Singh was last seen in the recently released film Runway 34 which was directed by Ajay Devgn.  The film which also stars Ajay Devgn and Amitabh Bachchan is currently playing in theatres. In the film, Rakul and Ajay play co-pilots who land in legal trouble after an incident on the flight, while Amitabh Bachchan essays the role of a lawyer.

Both Amitabh and Rakul are fitness enthusiasts. When asked if they would talk about health and fitness on sets, Rakul said, “Not about food and workout. I think I had a lot of discussions with him about his experience of the films that he has shot, about his COVID-19 recovery, what happened during Agneepath, Coolie and all”.

Ajay Devgn, who has worked with Amitabh Bachchan in multiple films, is all praise for the megastar. “We all have grown up watching him. People think he is very dedicated and loves his job. But whatever people think about him is less till you don’t meet him, till you don’t see him work. Even if he has a slight issue or major discomfort, he will show it off set but never on set. On set, it is as if he is 20 years old. He’s just perfect. He is into his character and into the film. You will never see him getting ready, or arriving late. He will reach before time. He will not move from the set. If you ask him to go and rest, he will not go. He will be on his seat and will be in character and will not leave his place. I don’t think that kind of dedication is there in any of us,” Ajay said.

Meanwhile, on the work front, Rakul Preet Singh has some interesting projects in the pipeline including Chhatriwali, Doctor G, Mission Cinderella and Thank God. Ajay, on the other hand, will next be seen in the film Maidaan which will be released later this year.

Kriti Sanon is busy decluttering her wardrobe amid nationwide lockdown

After a house in Mumbai and London, Alia Bhatt has THESE things next on her bucket list!