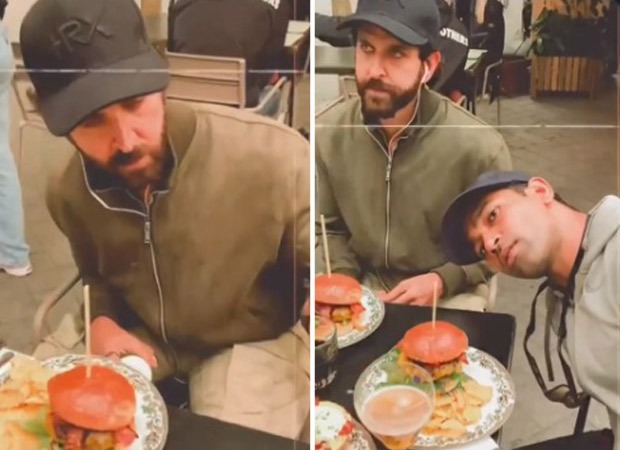 Hrithik Roshan is all set to start filming Fighter starring alongside Deepika Padukone. The actor recently indulged fans in a BTS binge-meal video with him and the crew; as the team was seen gorging on burgers, fries, and enjoying the sites while they were away from the shoot.

In a humorous post, the superstar said, “Found myself a team who loves food as much as I do. Foodies assemble!” The video of the foodie side of Hrithik, drove fans wild on social media as they got a glimpse of his fun side.

Hrithik Roshan’s Fighter co-star Deepika Padukone, who is another self-proclaimed foodie, was among the first to respond to the video, as she mentioned, “Wait for Me.” Hrithik’s girlfriend Saba Azad dropped a comment on the post which read, “Hahahahahaha there’s that ‘ok can we eat already’ face.”

Kartik Aaryan is gearing up for his next

Hunger Games prequel The Ballad of Songbirds and...