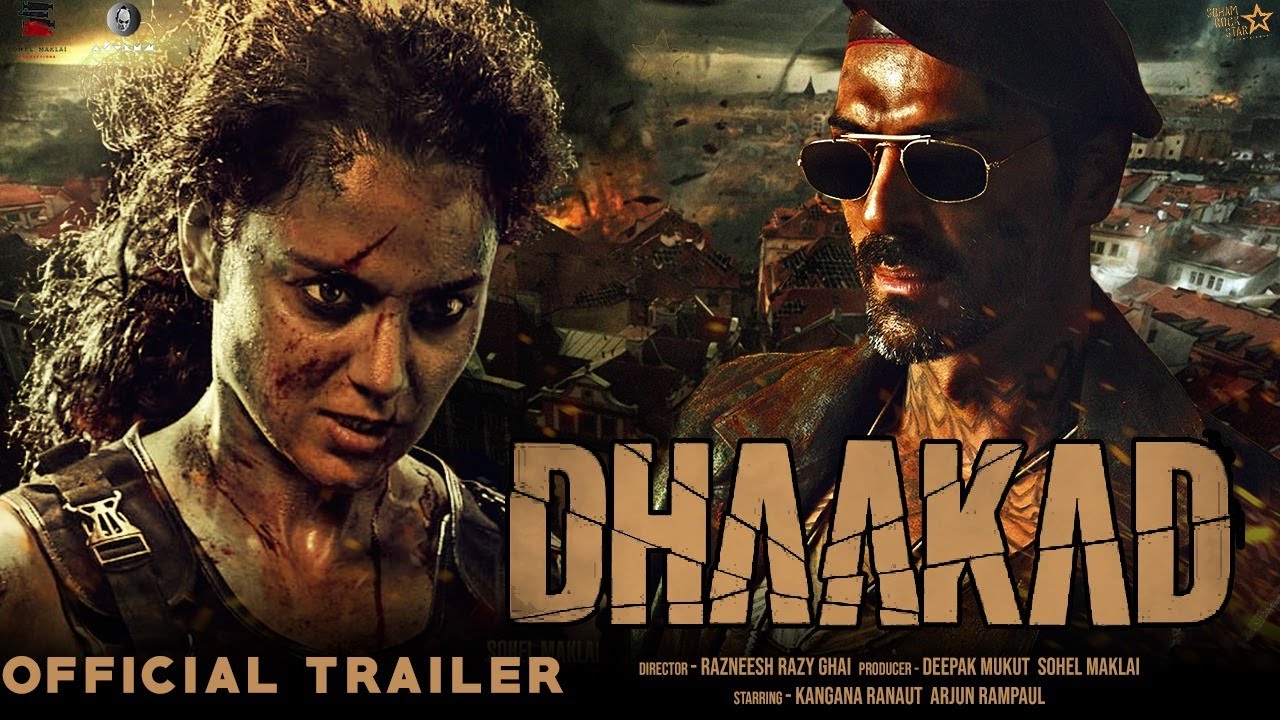 The video streaming platform ZEE5 has added yet another film to its list and it is the Kangana Ranaut starrer Dhaakad. The action entertainer is expected to have its World Digital Premiere ZEE5 on July 1. Starring Kangana Ranaut as special agent Agni, the film revolves around her war with international human and arms trafficker Rudraveer played by Arjun Rampal, who is also running a coal mafia.

Speaking about the recent acquisition, Manish Kalra, Chief Business Officer said, “We have been consistently curating a diverse portfolio with quality content across genres and are happy to add another action-film to the slate as this genre appeals to all. Dhaakad is a must-watch film for all action lovers. Apart from having an international crew choreographing its action sequences, the movie has a fierce Kangana in top form. It is also a trendsetting film with a lot of potential, and we are elated to have partnered with the producers to give Dhaakad a global audience”.

Producer Deepak Mukut said, “Dhaakad is a film that’s very close to all of our hearts. Usually action films are associated with the male actors in our industry, but here we made a film that redefines the action genre for actresses in Indian films and we are really proud of it. We wanted the vibe and feel to be at par with the well-known international action movies and we were successful in achieving that. The action pieces were appreciated on the big screen and now that the film is releasing digitally, we are sure more people will laud our attempt. Kangana delivered a superlative performance in Dhaakad, paving a new path for female-led action films. I am so glad that the film is now reaching out to wider audiences through ZEE5. Dhaakad is a fruit of our labour, and we are extremely proud to present it to the audiences worldwide through this platform”.

Kangana Ranaut added, “Dhaakad was an intense film which required a lot of physical and emotional transformation. Indian films can be of international standards and can have female action heroes in the lead.  Get ready to watch me as a killing machine only on ZEE5 from 1st July”.

Directed by Razneesh Ghai, Dhaakad is a spy thriller and included an international crew. It released on May 20.