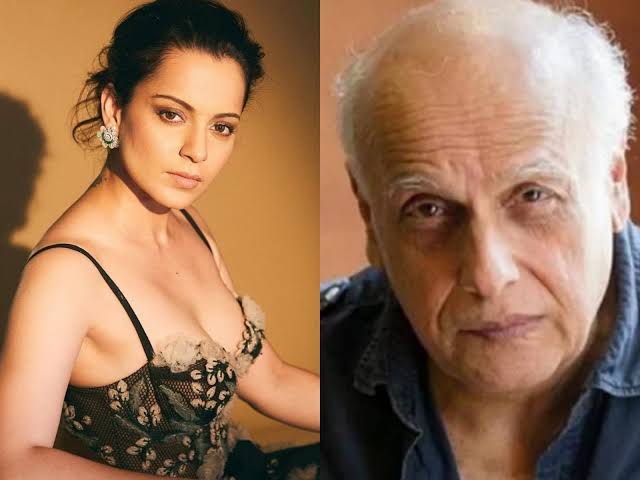 Ever since actor Kangana Ranaut has joined social media, each and every post of the actor has managed to grab headlines. While most of the time these posts and stories are about her upcoming projects, they often directly or indirectly address some or the other popular B-town celebrity. This time, Kangana has accused director Mahesh Bhatt of casually and poetically inciting people for violence.

The Queen actor took to her verified Instagram handle and shared a series of video stories, which featured Mahesh Bhatt. In the videos, Bhatt can be addressing a crowd. Ranaut also alleged that his ‘real name’ was not Mahesh, but ‘Aslam’. In the following story, which had another part of the same video, she wrote, “I am told his (Mahesh Bhatt) real name is Aslam… he converted to marry his second wife (Soni Razdan)… it is a beautiful name, why hide it?”

In the last slide, Kangana added, “He must use his real name, not represent a certain religion, when he has converted…”This was not the first time when the 35-year-old actor has targeted the veteran director. In 2020, she had accused the filmmaker of nearly assaulting her when she turned down his daughter Pooja Bhatt’s film. On the other hand, before the release of Mahesh’s daughter Alia Bhatt’s Gangubai Kathiawadi, Ranaut had taken an indirect dig at father-daughter duo. While slamming them on her Instagram stories, she said that the film’s blunder was “wrong casting,” referring to Alia as “daddy’s angel” and Mahesh as “movie mafia.”

BREAKING: Trailer of Hrithik Roshan-Saif Ali Khan’s Vikram Vedha to be played in cinemas before the shows of Brahmastra

The Lord of the Rings: The Rings of Power marks Prime Video’s biggest premiere ever with more than 25 million global viewers on its first day

What went wrong with Kangana Ranaut’s Dhaakad? Trade experts share their views on whether Kangana’s box office standing is affected after giving 8 flops out of last 9 releases