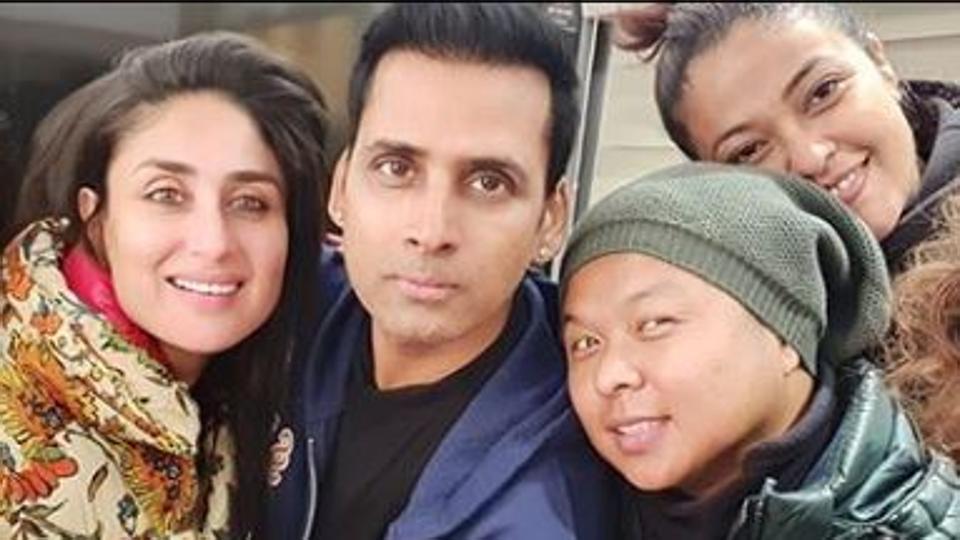 Kareena Kapoor Khan might be a busy woman, but she always takes care of her staff. She keeps a tab of their birthdays and celebrates it with great funfare. This time, we are talking about her make-up artist Pompy Hans.

Kareena, who is currently shooting for her upcoming film, Laal Singh Chaddha took time from the shoot and celebrate Pompy’s birthday on the sets. In the video she shared on her Instagram handle, we can see Bebo cheering for her make-up artist as he cuts the cake. Pompy then feeds a piece to Kareena. The actress’ official account also uploaded a selfie with the birthday boy and the rest of her staff.

Earlier, the Jab We Met actress had shared inside pictures from the shoot. In one of the pictures, Bebo can be seen hanging around a heater with the crew. The actress is all bundled in winter gear as are all of the other members of the film’s team.

Laal Singh Chadha marks the bringing together of Aamir Khan with Kareena Kapoor Khan. The chemistry between the stars was loved by the audience in their first film 3 Idiots, and now years later they are set to take over the screen with their crackling chemistry once again.

The film went on floors in the first week of November. Aamir’s mother Zeenat Hussain gave the mahurat clap. It’s one of his most ambitious projects and he was keen to seek his mum’s blessings. The film, which is a remake of Tom Hanks-starrer Forrest Gump (1994), is helmed by Secret Superstar (2017) director Advait Chandan.

Written by Atul Kulkarni and produced by Viacom18 Studios and Aamir Khan Productions. The movie is slated to hit the theatres during Christmas 2020

Akshay Kumar takes Katrina Kaif for a bike ride and it seems it’s a scene from their upcoming film, Sooryavanshi. Video goes viral on social media!

Moushumi Chaterjee remembers Tarun Majumdar; says, “He taught me everything about acting”

Deepika Padukone Says Marrying Ranveer Singh Is ‘One Of The Best Decisions’...