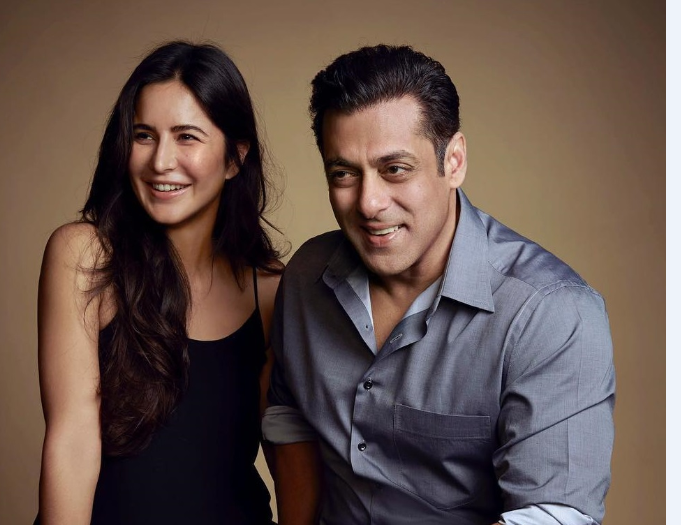 Salman Khan and Katrina Kaif have proved over the years that it’s possible to maintain a cordial equation with one’s ex-flame. The duo were rumoured to be a relationship before Katrina began dating Ranbir. After her break-up with the ‘Sanju’ actor, there was a strong buzz in the tinsel town that the actress is back with her ‘Bharat’ co-star.

Recently at the India Today conclave, Katrina finally addressed their link-up rumours and here’s all what she had to say.

The Actress Is All Praises For The Superstar She further added, “He’s a solid person who is there for you when you need it. He may not be in touch with you all the time but he stands besides his friends.”

She says further that ‘All Relationships Are A Learning Curve’ , “It was a relationship, all relationships are a learning curve for all. It can get into your head, show you your fears, strengths, and it is also a beautiful experience. If it doesn’t work out, the takeaway is that you learn to look within, instead of blaming the other.”

On being asked about family planning she further says that , “I’ve always wanted a family. and I believe in marriage and that family is above all. It is an unbreakable bond and No one is  driving force in my life.”

Recently at the Hindustan Times Mint Asia Leadership Summit in Singapore, the actress talked about her bond with Bhaijaan,she  said, “Salman has really had my back, and has been there for me as a friend and a support over the years, unfailingly and intuitively. There have been moments where I was going through a particularly rough time in my life; a struggle, and with no contact, all of a sudden, our paths would just cross, and he would be there.”

Anushka Sharma dresses in cute mini floral dress worth Rs. 49,711 for her birthday, pens a heartwarming note – “I ate the biggest slice of my birthday cake”