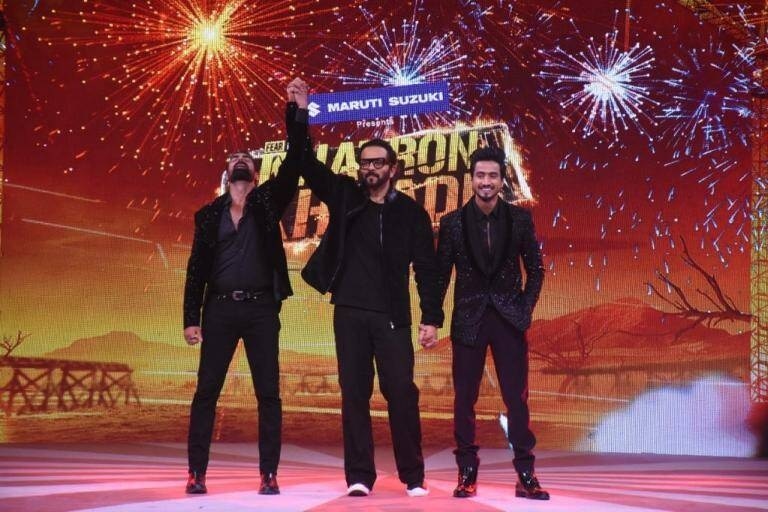 Tushar Kalia took to Instagram to share a photo of him kissing the trophy and thanked the audience for all the love and support he received from them. On the other hand, the official Instagram page of Colors Channel shared a series of photos marking his epic win on the show as well as included photos where the host Rohit Shetty was presenting him the coveted trophy. The finale episode showcased a tough competition from contestants, and it also had the team of the Rohit Shetty film Cirkus as its special guests. Ranveer Singh, Pooja Hegde and the rest of the cast appeared on the show and bonded with the finalists.

Khatron Ke Khiladi 12 that kicked off in July featured celebrities who attempt to overcome their fears as they presented with different challenging tasks each day. Besides Mohit, Rubina, Faisu, Jannat, and the winner Tushar, Shivangi Joshi, Pratik Sehajpal, Nishant Bhat, Erika Fernandez, Chetna Pande, Aneri Vajani, Sriti Jha, Kanika Mann, Rajiv Adatia were also the contestants of Khatron Ke Khiladi 12. The show aired on Colors on Saturday and Sunday at 9:30 pm. The show will now be replaced by Bigg Boss which kicks off on October 1.

BTS to hold global concert to bring the World Expo 2030 to Busan on October 15; 100,000 people are expected to attend

EXCLUSIVE: UNPRECEDENTED demand for KGF – Chapter 2; in the HISTORY of...