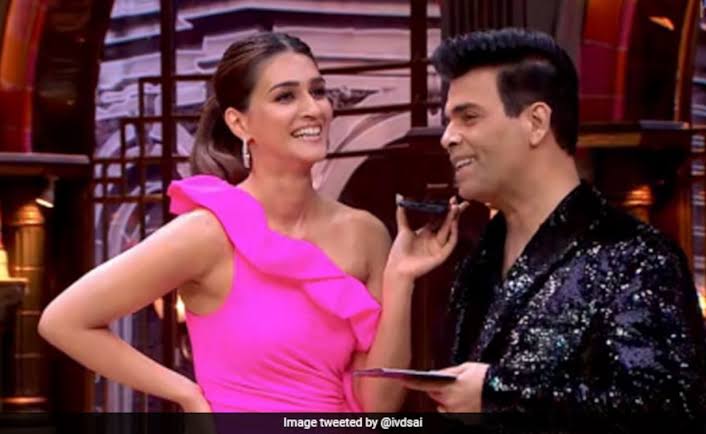 In the ninth episode of Koffee With Karan 7, the couch brought together two stars who started out as debutants together but have now carved a niche for themselves. This week, Tiger Shroff and Kriti Sanon graced the couch who debuted in Heropanti and are starring in Ganapath. The actors played a wonderful round of quiz and also had to call a bunch of celebrities

During the quiz round segment in the glam zone, Karan Johar makes celebrity guests to call other celebs and make them say, “Hey Karan, it’s me” on the show. Kriti called up her Adipurush co-star Prabhas, which won her 2 points. Prabhas said, “Hey, Karan it’s me,” and then Kriti told the Telugu superstar, “You are amazing, I will call you back after the show.” Prabhas replied, “Okay, take care.”

On the work front, Kriti Sanon has Bhediya with Varun Dhawan, Ganapath with Tiger Shroff and Shehzada with Kartik Aaryan.

Shekhar Kapur and Suchitra Krishnamoorthi’s daughter, Kaveri, says she has nothing to do with the property dispute case her mother filed against him

Emancipation Trailer: Will Smith fights for the freedom...

Vicky Kaushal meets up with Shehnaaz Gill on...