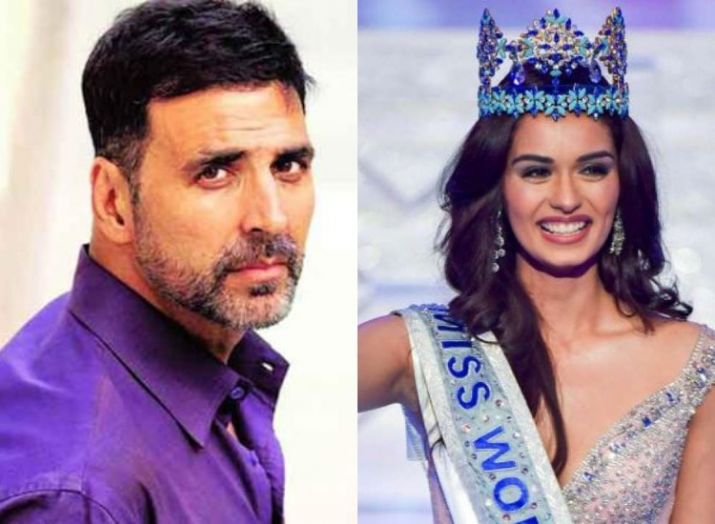 Going by the latest reports, manushi Chillar is working hard for her first Bollywood film which is Prithviraj Chauhan biopic opposite Akshay Kumar.

Miss World Manushi Chillar never fails to amaze her fans and followers with her astonishing looks. The diva made our country proud by winning the title in 2017 and ever since there have been rumours that she will enter Bollywood with a Karan Johar film. While at that time, Manushi Chillar cleared that she wants to complete her studies first and world for the welfare of society and then think about Bollywood. Now the gossip galleries have again started making noise that Manushi Chillar is all set to make her Bollywood debut opposite Akshay Kumar in Prithviraj Chauhan biopic.

An entertainment website reported that Manushi will be paired opposite Akshay Kumar in her first film. The report suggested, “Manushi will be making her big Bollywood debut opposite none other than Akshay Kumar. She has been signed on for the Prithviraj Chauhan biopic that is expected to go on floors sometime towards the later half of this year. Chandraprakash Dwivedi is directing the historical drama and YRF is producing it.”

The source added, “Manushi has shown a lot of promise from the time she became a national craze. She is not only pretty but a great performer, too. She will be essaying Sanyukta’s role and will be romantically paired opposite Akshay. Aditya Chopra feels she has a good screen presence and has also got her on board as one of the talents under his banner.”

The reports also reveal that Manushi has been working hard for her first film and preparing her heart out. The source said, “She is doing a lot of acting and dance workshops. She has been reading about the time zone in which the period saga is set in. It’s an epic love story that will be one of the biggest highlights from the production house in the coming years,”

Bohemian Rhapsody Has Now Made Queen Richer Than The Queen