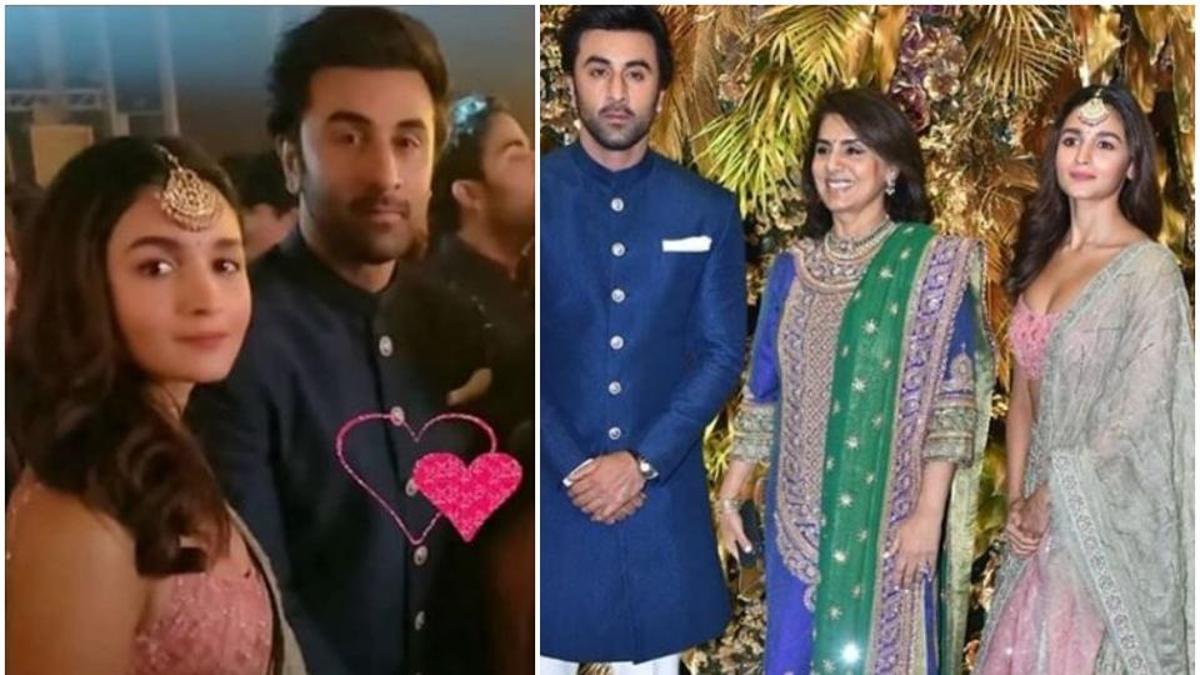 Armaan Jain and Anissa Malhotra, who recently tied the knot, were grabbing all the attention for their big fat Indian wedding. The who’s who Bollywood was seen attending their wedding festivities and leaving everyone awestruck with their traditional avatars.

From Ranbir Kapoor, Alia Bhatt, Shah Rukh Khan to Kiara Advani, Karan Johar – almost everyone from the industry marked their presence to bless the newlyweds.

SRK, Gauri Khan and KJo even performed on ‘Kajra Re’ which was the major highlight of the reception. Even Bebo along with Karan and Karisma Kapoor danced on ‘Bole Chudiya’ and recreated 90s magic. The videos of the reception came out recently and in no time they took the internet by storm. Recently, even Alia and Ranbir’s video was out where they were seen conversing with Armaan’s mother Reema Jain. Now, a new picture of the duo has come out where Alia can be seen leaning on Ranbir’s shoulder which is way too adorable to be missed. Check out the picture below:

Apart from other celebs, even the newest couple in town Tara Sutaria and Aadar Jain too danced their hearts out at the reception. Even their video went viral on the internet. Well, we really want to see Ranbir and Alia dancing together. We hope a video of them too comes out soon.

Koffee With Karan 7: Varun Dhawan admits he doubted himself after Karan Johar didn’t cast him in recent films; ‘Definitely made me think, am I slipping in my game?’ 

Bhumi Pednekar – “How I represent women on...