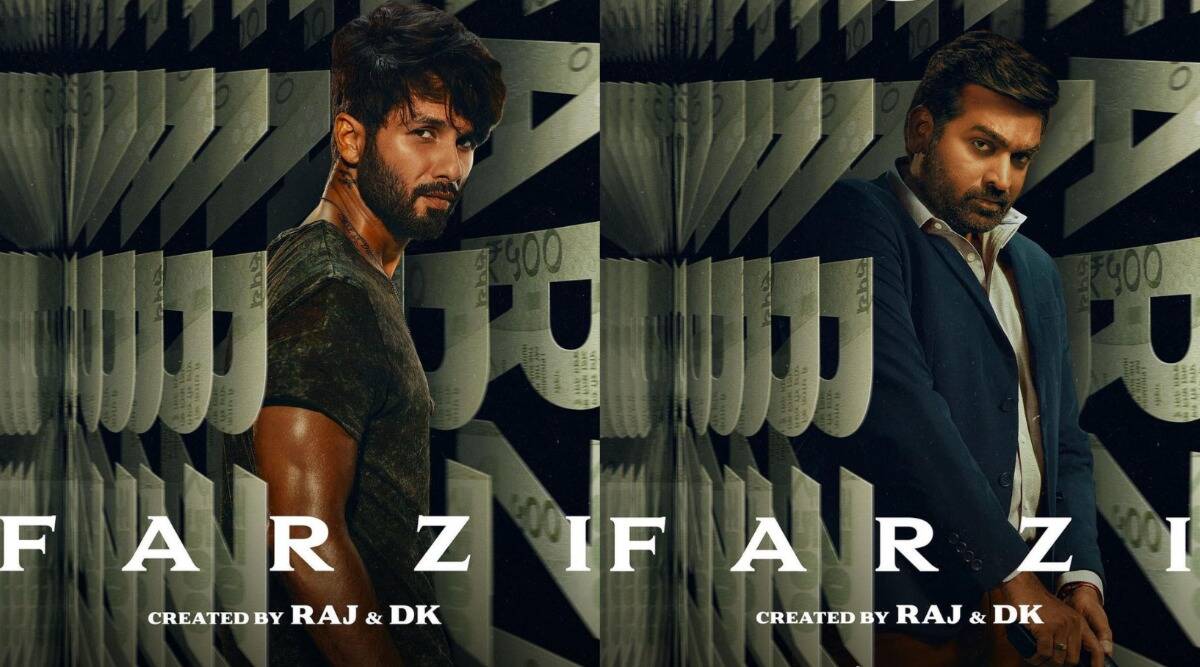 Following the trailer unveil of Prime Video’s crime thriller Farzi garnering immense love and appreciation from the audience, the excitement quotient around the show has now gone a notch further with the launch of its first song titled, ‘Sab Farzi’. The number is picturized on Shahid Kapoor who is seen in a refreshing avatar. . It is composed by the well-acclaimed music composer duo Sachin-Jigar, while the lyrics are penned by Priya Saraiya and sung by singer-actor Saba Azad.

A source close to the film spoke about the song saying, “It is a foot-tapping number which will surely make the listeners put on their dancing shoes. The groovy track is captivating and beautifully carries the essence of the storyline.” Continuing about the song, music composer duo Sachin-Jigar said, “It was fun to collaborate with the talented directors Raj and DK once again. Our association has worked in the past and we are confident that we will recreate the same magic with this song, Sab Farzi from the much-anticipated thriller Farzi. We wanted to curate a song that would capture the series’ essence and become a foot-tapping number that would make listeners dance and groove on the beats. Priya has beautifully woven the words and Saba’s voice has brought high-voltage energy to the song. We are sure that the song will become an anthem among the listeners.”

Further, Singer Saba Azad added, “I’m so stoked for the launch of this crazy track. It’s always lovely working with Sachin Jigar. They are so supremely talented. We had a lot of fun recording this one. I hope everyone enjoys listening to it as much as we did while making ‘Sab Farzi’.”

Farzi features an ensemble cast with Shahid Kapoor as the leading man along with Vijay Sethupathi, Raashii Khanna, Kay Kay Menon, Bhuvan Arora, Regina Cassandra, and Amol Palekar in pivotal roles. Produced by Raj and DK’s D2R Films, the series will stream in India and across 240 countries and territories starting February 10, 2023.

Malaika Arora admits, “I get NERVOUS while emoting dialogues in front of people”

BEBO Complained To LOLO About Her Daughter Samaira .. ?

Ranveer Singh wants to go on a holiday...