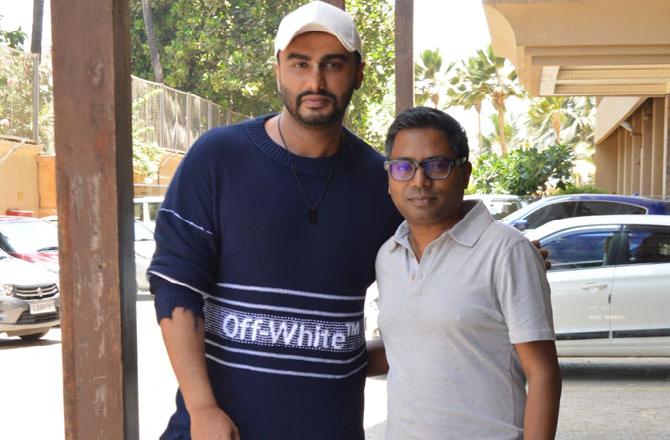 The film is currently in writing stage. Raj Kumar Gupta believes there is a certain misconception about spies and he would like to show his version, which is based on his research.

Director Raj Kumar Gupta, who is all set to bring the story of Ravinder Kaushik, an Indian spy on screen after India’s Most Wanted, says his film will be different from other Bollywood movies that are made on intelligence officer. As per reports, Kaushik succeeded in joining the Pakistan Army and was promoted to Major while sending sensitive information back home.

He was caught and he spent the last 16 years of his life in a Pakistan jail where he died of pulmonary tuberculosis in 2001. He was given the title of ‘The Black Tiger’, by former Prime Minister Indira Gandhi, for his bravery and valuable contribution towards the country. It was Gupta’s wife Myra who stumbled upon this story about three-and-half years ago. “We got interested in it. We started meeting people and that’s when we approached the family members. They have been generous enough to give us the rights to make a film on the late Ravindra Kaushik. I am very keen on making it. Hopefully this will be my next film. And I would like to start it sooner,” Gupta told PTI.

The film is currently in writing stage. Gupta believes there is a certain misconception about spies and he would like to show his version, which is based on his research. “There is a misconception about how these people work, they are not James Bond, they do not always carry guns and move around. In their lives things are more regular, real and deadlier so that ways our film has a distinction. It is about intelligence bureau and its people. This film differs from what we have seen earlier.”

Speculations were rife that Hrithik Roshan is going to be a part of this film and Gupta dismisses the reports. “I haven’t approached any actor as I am still in the stage of writing.” Gupta was set to team up with Kareena Kapoor Khan for the first time on “Section 84”, which is about unsound mind. Talking about the status of the film, he says he has no plans to revive the project in near future. “I wanted to do it that time but with time priorities change and you want to tell different stories,” he adds.

Gupta was also earlier suppose to produce “Stree” director Amar Kaushik’s film. He says, “He is right now busy with something and I am busy with my films. When he finishes his commitment we will see it, we are chatting about doing something but we haven’t decided.” The “Raid” director also brushed aside reports of him collaborating with John for a film. Gupta is awaiting the release of “India’s Most Wanted” starring Arjun Kapoor. The film releases on May 24.

Bharat Zinda Song: It is a new anthem for the nation

2 Years of Raid: Ajay Devgn reveals why his film resonated with the audience with a throwback video

Deepika Padukone and Kartik Aaryan to play Radha -Krishna in Imtiaz Ali’s next?

The Burning Train remake in works, Jackky Bhagnani and Juno Chopra to...

Vidya Balan thanks a street sweeper for cleaning...