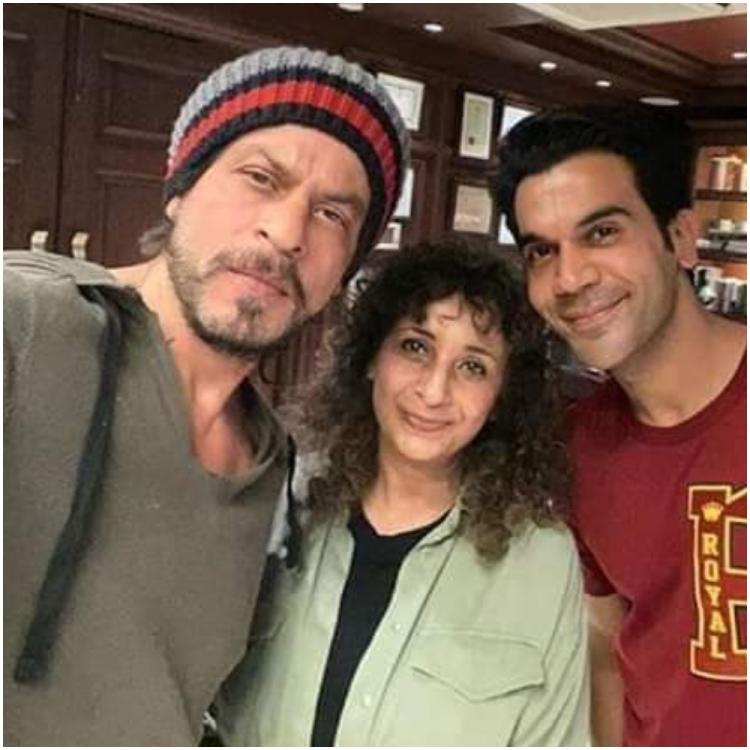 It is known that Rajkummar Rao has always expressed his love for Shah Rukh Khan. SRK has been his idol which led the actor to Mumbai to pursue his dreams of acting in films! A day ago, they had a reunion at Mannat and the photo is going viral.

Rajkummar Rao and Shah Rukh Khan can be seen with a friend in the photo at the superstar’s mansion. SRK is sporting a grey sweatshirt and stubble whereas Rajkummar opted for a casual look.

During his early days as a struggling actor, Rao would wait outside Mannat to catch a glimpse of the superstar. In 2018, in his Humans Of Bombay profile, Rajkummar recalled an incident when SRK made him feel special. “Growing up, I was fascinated with Shah Rukh Sir––I used to stare at his posters and often think that if an outsider could make it as big as him, then maybe there was hope for me. It wasn’t rosy though––I didn’t get a lot of work after I came to Mumbai. I only managed small ads here and there. Things you won’t even recollect––I’d be like the 10th person standing in some ad!” he said.

He further said, “I was shooting in Mehboob. And I heard that Shah Rukh sir was also shooting there. So I thought this was my chance––maybe I could go meet him. I sent a message across to him––I didn’t think he’d know me, but, he called me to his trailer – he knew my entire bio! He made me feel so special. I was already a fan, but that day I was probably his biggest. I was nervous and in awe throughout. I once spoke to his posters…and now there he was, in front of me. How can I even explain what that felt like?”

Meanwhile, on the work front, Rajkummar Rao has a couple of films in the pipeline including Chhalaang, The White Tiger with Priyanka Chopra and Roohi Afzana with Janhvi Kapoor.

Shah Rukh Khan is yet to announce his next project but rumours are rife that he has signed films with directors Rajkumar Hirani, Krishna DK, and Raj Nidimoru and Atlee.

Atrangi Re: Sara Ali Khan flaunts her desi avatar as she hugs child artiste Mannat Mishra in this adorable photo

“Stories well-told have always been my weakness”, says Irrfan Khan

“I step back”- Akshay Kumar apologises for his association with Elaichi brand; says he will donate the endorsement fee

Kylie Jenner and stormi Bounce Together on Garden...

Karan Johar flaunts his salt-n-pepper look and is...