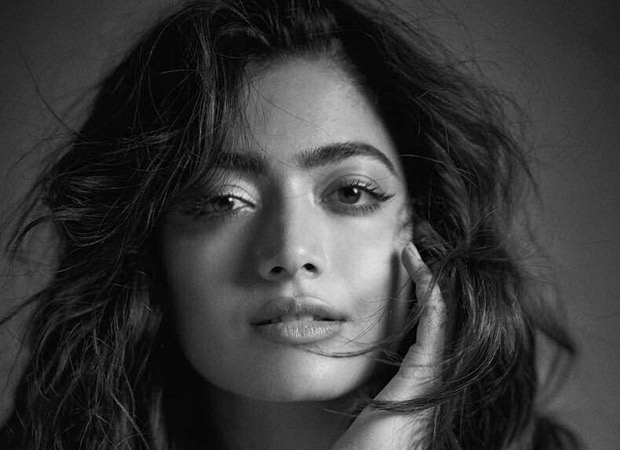 The gorgeous actress Rashmika Mandanna made her Telugu debut in the 2017 film Chalo, and she soon gained fame. Rashmika is known as India’s “national crush” because she not only delights her fans with exquisite craftsmanship in her films but also heats up the internet by sharing sensual and scorching uploads.

She has unleashed yet another mind-blowing black-and-white picture of herself on social media. Rashmika is seen in the monochrome image, which was captured by Rohan Shreshta, wearing a white tank top and gazing into the camera, while her unkempt hair increased the level of her charm. “Give me a piece of you”, she wrote as the caption.

Bestowed with the tag of a National crush, the actress stole the hearts of the millions with her fabulous performance in Pushpa, making her a pan India star due to which she has a line-up of big-budget films from all across industries in her kitty.

Apart from Goodbye, she will be next seen in Pushpa 2, Animal opposite Ranbir Kapoor, and Mission Majnu opposite Sidharth Malhotra and Varisu opposite Thalapathy Vijay.

Alia Bhatt shares pictures as she wraps Heart Of Stone in London; Gal Gadot says ‘we miss you already’

Quality posts is the main to interest the viewers to visit the web page,
that’s what this web page is providing.

Yami Gautam stuns in traditional attire as she and husband Aditya Dhar...