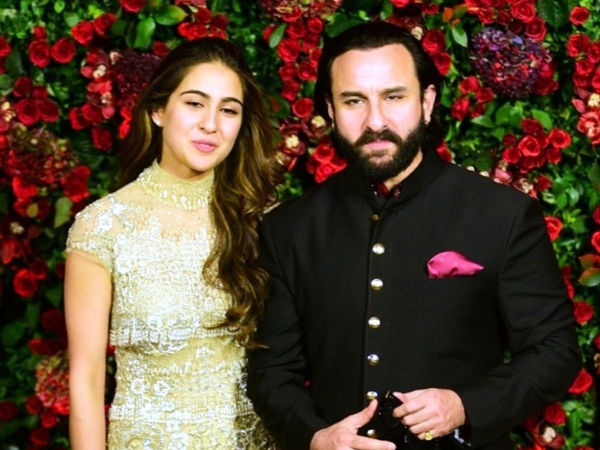 Saif Ali Khan revealed why he didn’t want his daughter Sara Ali Khan to star with him in his upcoming film Jawaani Jaaneman.

aif Ali Khan is waiting for the release of his upcoming film Jawaani Jaaneman. The actor is seen playing the role of a father. Alaya Furniturewala, who is making her debut with the film, is playing Saif’s daughter in the film.

Earlier, there were talks of Sara playing Saif’s daughter in the film. In a recent interview with an entertainment website, Saif has revealed that Sara was offered the role but he didn’t want her to act in the film.

He said, “Kedarnath was almost shelved and Sara didn’t have any other movie. Being a knight in shining armour and a good daddy, I asked her if she would like to do Jawaani Jaaneman. She was like, ‘Yes.’ And then Kedarnath came on track and Simmba fell into place. Then I said, ‘Sara don’t do this film. This was a back up for you. You should be doing films with Varun Dhawan and Ravneer Singh. So she said okay, thank you, I would like to do that. It gets complicated with family also. In the sense that it has to be something that she really wants to do.”

Jawaani Janeman also stars Tabu in a lead role. In an earlier interview with IANS, Saif talked about his role. He said, “This story is about a man accepting his age, his responsibilities and his journey in life. I think the father is one of the most important people in our lives. A lot of people mess up being a father and create children that need therapy, that need friendship and that need all kinds of things to fix their problems because they are not ready to be responsible fathers.”

Ileana D’Cruz flaunts her infectious smile as she poses in a striped pantsuit; view picture

After a DISASTROUS Week 1, Kangana Ranaut’s Dhaakad discontinued from nearly all cinemas; NO shows in Mumbai

Tiger Shroff to attend the launch of Heropanti...