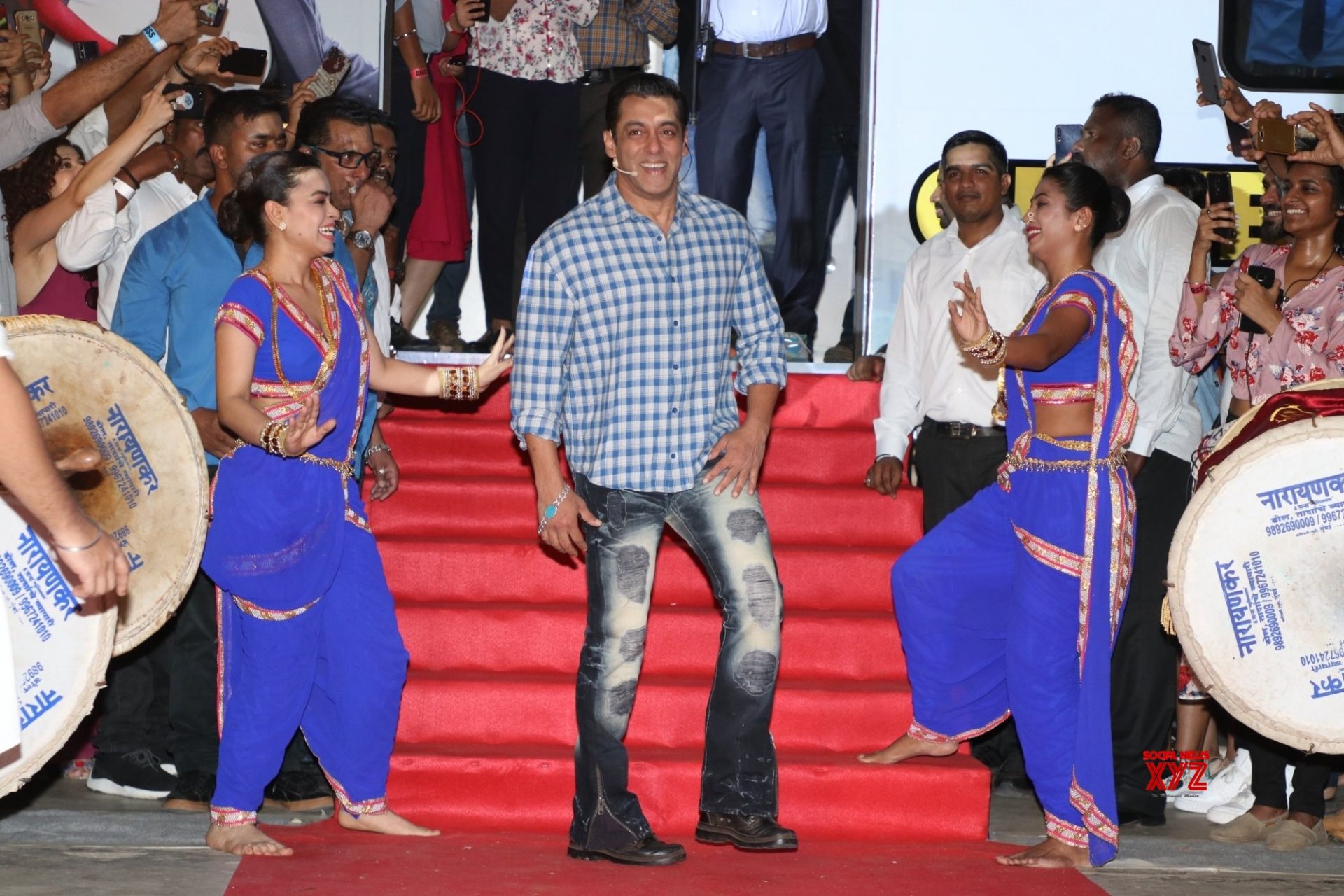 Salman Khan was in full spirits and answered every question asked of him.

The most awaited TV show Bigg Boss is all set to rock on the tv industry once again. The launch event of Bigg Boss 13 was a grand affair with superstar Salman Khan making a grand entry — in a metro — and sweeping everybody present off their feet with his wit and humour.

The event was held in Mumbai on Monday evening. Salman was in full spirits and answered every question asked of him. He even did a little jig — on his own songs.

He was asked why the sets of the show were erected in Mumbai this time, unlike the past 12 seasons when they used to be in Lonavala. Salman said it was done because it was easier to reach Goregaon film city, as Lonavala lies on the outskirts of the city.

Actress Amisha Patel was also there. She indulged in a few tedhe medhe games with Salman Khan.

A few celebrities’ names have already been confirmed who will be seen participating this time.

In one of the promos, ex-contestants  Kamya Punjabi and Vikas Gupta are seen introducing  Devoleena. Though her face was not displayed.

According to several reports, Koena Mitra, Vivian Dsena and Shivin Narang will also be part of the show.

Art director Omung Kumar, who has been designing the set for the reality show for years now, decided to go plastic-free for the 13th season. This decision comes at a time when the government is trying to do away with plastic all over the country.

This time, the inmates will be staying in a new eco-friendly home spread across 18,500 square feet. The house is called the ‘Bigg Boss Museum’ for the 13th season.

One common design across the house is the ‘Bigg Boss eye’ and faces of various animal etched on the walls.

The entrance will see a 20 feet vertical garden in the shape of a double ‘B’ while the swimming pool has been built in the shape of an eye, continuing with the general theme of the house of a museum.

“We call it ‘Bigg Boss Museum’ because it’s sober and colourful at the same time. Museum as a concept justifies the interior of the house,” Omung Kumar told PTI.

The infamous ‘Confession Room’ has a rustic and mysterious vibe, with the backseat done with mirror work at the borders and hundreds of ropes hanging down. It took about 500 to 600 workers to build the house in about six months.

Alia Bhatt’s phone wallpaper has photo of her...