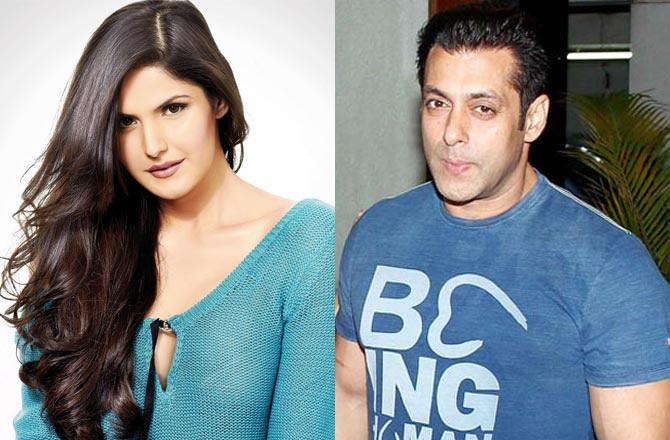 Salman Khan is all set to host the thirteenth season of the reality show, Bigg Boss. Reportedly, Zareen Khan will enter Bigg Boss 13 as a participant

Salman Khan’s Veer actress Zareen Khan, known for her roles in films like Hate Story 2, special dance number in Ready, is all set to enter television’s reality show, Bigg Boss. This is the thirteenth season of the show and according to a report intellychakkar, Zareen will enter the show as a participant.

Bigg Boss 12 saw a lot of controversies, fights, and brawls. In fact, during the 11th season, Zareen Khan had taken on to contestant Hina Khan. Zareen took to her social media account to call Hina Khan ‘fake’. Bigg Boss is one of the most controversial reality shows in India, and is an adaptation of the foreign show, ‘Big Brother’. Bollywood actress Shilpa Shetty had participated in the show and emerged as the winner there.

Earlier, the Indian concept of this show, Bigg Boss had only celebrities inside the house sans their mobile phones or any personal belongings except for clothes. However, the makers of the show brought a twist to the show by bringing a mix of commoners and celebrities living together and doing tasks as a team.

The show changed its format last year, with its unique theme ‘Vichitra jodis’ by roping in commoner contestants. However, the season failed to strike a chord with the viewers. Upset with the decreasing popularity of the show, it now looks like the makers of the show have decided to make some new changes for the next season. They have apparently decided to do away with the concept of commoners in the Bigg Boss house from the 13th season onwards.

“This decision has been taken after the debacle from last year, where the choices of the commoner participants were questioned blatantly”, a source from the show told Bollywoodlife.com. According to the portal, television celebrities like Vivek Dahiya, Jay Bhanushali, and Mahhi Vij have been approached by the makers.

Apart from contestants, the makers have also decided to change the location for shooting. The makers of the show are planning to shoot the upcoming season in a brand new location. While talking to entertainment portal Cine Speaks, director Omung Kumar said that the location is shifting from Lonavala to a new place.

The past 11 seasons were shot in Lonavala, a hill station in the Western Ghats some 80 km from Mumbai.

Shantanu Maheshwari: If Tiger Shroff can play a college student, so can I

Mr. Lele put on backburner due to scheduling conflicts with Varun Dhawan and Janhvi Kapoor

She is not coming,’ Taimur Ali Khan cries...