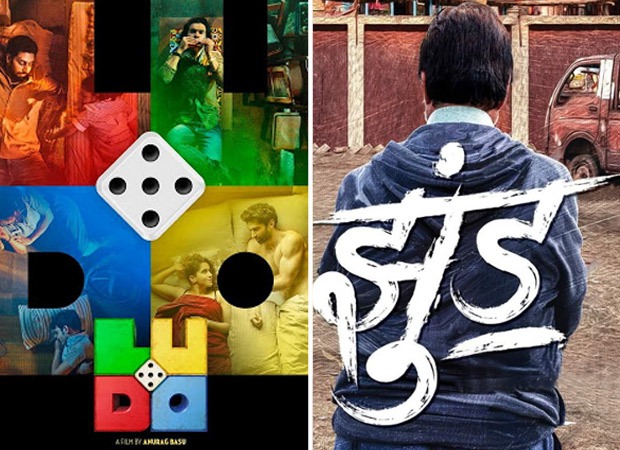 The Covid-19 lockdown has created a havoc for various industries, and the Indian film industry is one among them. With the pandemic not seeming to abate, filmmakers are faced with hard decisions regarding the fate of their films. After a few announcements of films being released directly on OTT platforms, we now hear that streaming giant Amazon Prime has acquired the rights of the Abhishek Bachchan and Rajkummar Rao starrer Ludo and the Amitabh Bachchan starrer Jhund.

Confirming the same, a source says, “Yes, Amazon has acquired rights of both films, which will now release directly on the streaming service.” Ask for details about what made the makers of Ludo and Jhund take this decision, the source continues, “Both films are T-Series productions and given the extended lock down period, the makers felt it was better to release Ludo and Jhund on the streaming service rather than wait for a theatrical release, which will take a long time.”

Further explaining filmmakers predicament these days, our source continues, “Today filmmakers are faced with a hard choice. Given the capital invested in a venture, it is their responsibility to recover as much as they can. But with theatres being shut, a major chunk of revenue has been axed. Given this situation, filmmakers are forced to search for different avenues to recover costs, and one way is with a direct release on OTT.”

While it certainly is interesting time for streaming services, an official announcement of Ludo and Jhund releasing directly on Amazon is awaited.

Salman Khan – “When my films were flopping and my career was not going as expected, I kept working”

BREAKING: Salman Khan’s Radhe – Your Most Wanted Bhai to miss its Eid date due to lockdown

Punchnama girls’ Nushrat Bharucha and Ishita Raj Sharma back together in ‘Jai...

“Acting is a physically and mentally demanding job,...