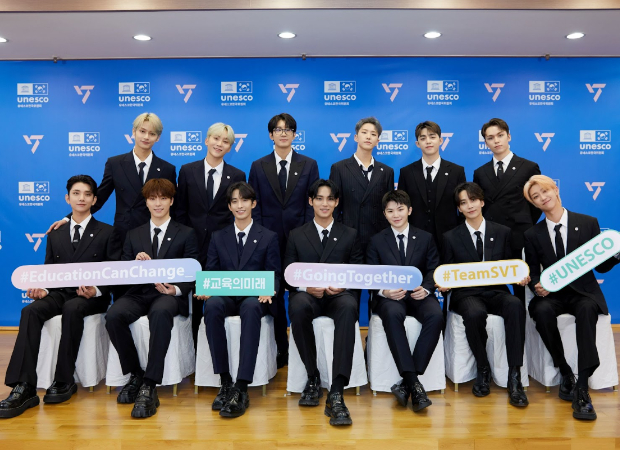 K-pop group SEVENTEEN and the Korean National Commission for UNESCO (KNCU) announced today the launch of their global campaign ‘#GoingTogether.’ The new campaign is a part of KNCU’s ‘#EducationCanChange_’ project, under UNESCO’s global Futures of Education initiative. The K-pop act will help raise awareness of the importance of education and call for youth around the world to think about the future of education while encouraging their fans around the globe to join them.

The K-pop performance powerhouse will also donate a part of the proceeds from their ongoing world tour ‘SEVENTEEN WORLD TOUR [BE THE SUN]’ to the ‘#GoingTogether’ campaign. SEVENTEEN said, “With the aim of ‘Going Together,’ we will together reimagine the futures of education and work to provide more diverse educational opportunities as ‘TEAM SVT’. We hope the campaign will bring hope for a better future and greater dreams for children worldwide.” Mr. Kyung-Koo Han, the Secretary General of KNCU commented, “We are honored to work together with SEVENTEEN on this new campaign to find new ways to address the global problem of educational inequality and build a better future for children worldwide.”

Earlier this year, SEVENTEEN made a donation to KNCU to celebrate the 7th anniversary of the group’s debut—a donation that KNCU noted will be used to make education more accessible for underprivileged children worldwide.

The announcement arrives amid multiple milestones in the 13-piece act’s career, including their first Billboard 200 Top 5-charting album, three nominations at the 2022 Video Music Awards, and becoming the second K-pop artist—following BTS—to rack up over 2 million album sales in the first week of release. SEVENTEEN will also kick off the North American leg of their world tour ‘BE THE SUN’ in Vancouver on August 10.

Analysis: Shah Rukh Khan and Rajkumar Hirani chose an APT release date for Dunki; the film to have the ADVANTAGE of two LONG weekends!

SCOOP: Sooryavanshi to be POSTPONED amid Coronavirus pandemic, new release date to be announced soon

Are Imran Khan and Avantika Malik taking a...