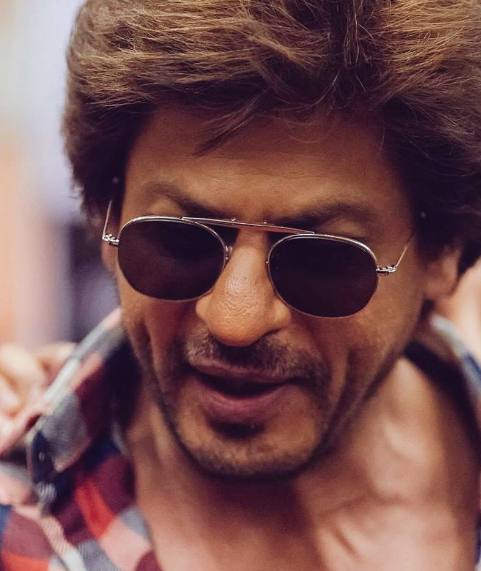 Shah Rukh Khan’s special episode with popular American host David Letterman has finally dropped on Netflix, and the superstar has revealed a lot of interesting details about his life in the show. From talking about his family to sharing how he achieved success and fulfilled his dreams, SRK reveals many unknown things for fans in the hour-long conversation.

“I was new (in the film industry), so I used to react to every news item — whatever appeared. And thankfully, there was no social media back then. Just the magazines and stuff. I got very angry and I called up the editor and I said, ‘You wrote this’. He said ‘But listen can you just take it… it’s just a joke’. So I said, ‘I don’t find it funny’. So I went down to the office and I misbehaved a lot and…”, Shah Rukh remembered screaming a lot and threatening to hit people.

He was then arrested. “I was shooting a film and the cops came. They sat down very sweetly and said, ‘we have a few questions to ask you’. I said, ‘do you want me to pack and we can chat in my car?’ Because I always assume anyone who meets me is a fan (laughs). They said, “no, we want you to come in our car!” said SRK.

The took him to the police station and when he saw the small prison cell, he pleaded with the cops to let him go.

Khan also talked about Aryan khan Even though Aryan dubbed for the animation, Lion King, with Khan recently, the latter shunned notions of him becoming an actor.

“He doesn’t have what it takes to be an actor and he realises that too. He’s a good writer. I think, wanting to be an actor has to come from within. I think I realised it from him when he said came to me and said, ‘I don’t think I want to act.’ His issue was — which is practical and honest — he said, ‘Every time I’ll be compared to you, and I don’t want to be in that position’.”

Emraan Hashmi proved himself again with ‘Bard of Blood’

Kapil Dev bio-pic to get an angrezi spin?

Ranveer Singh gives a glimpse into what went into his enthralling performance at Zee Cine Awards, watch video

Nawazuddin Siddiqui is frustrated by the kind of...

“Miss these two”- writes Sonam Kapoor as she...

Nawazuddin Siddiqui is frustrated by the kind of...