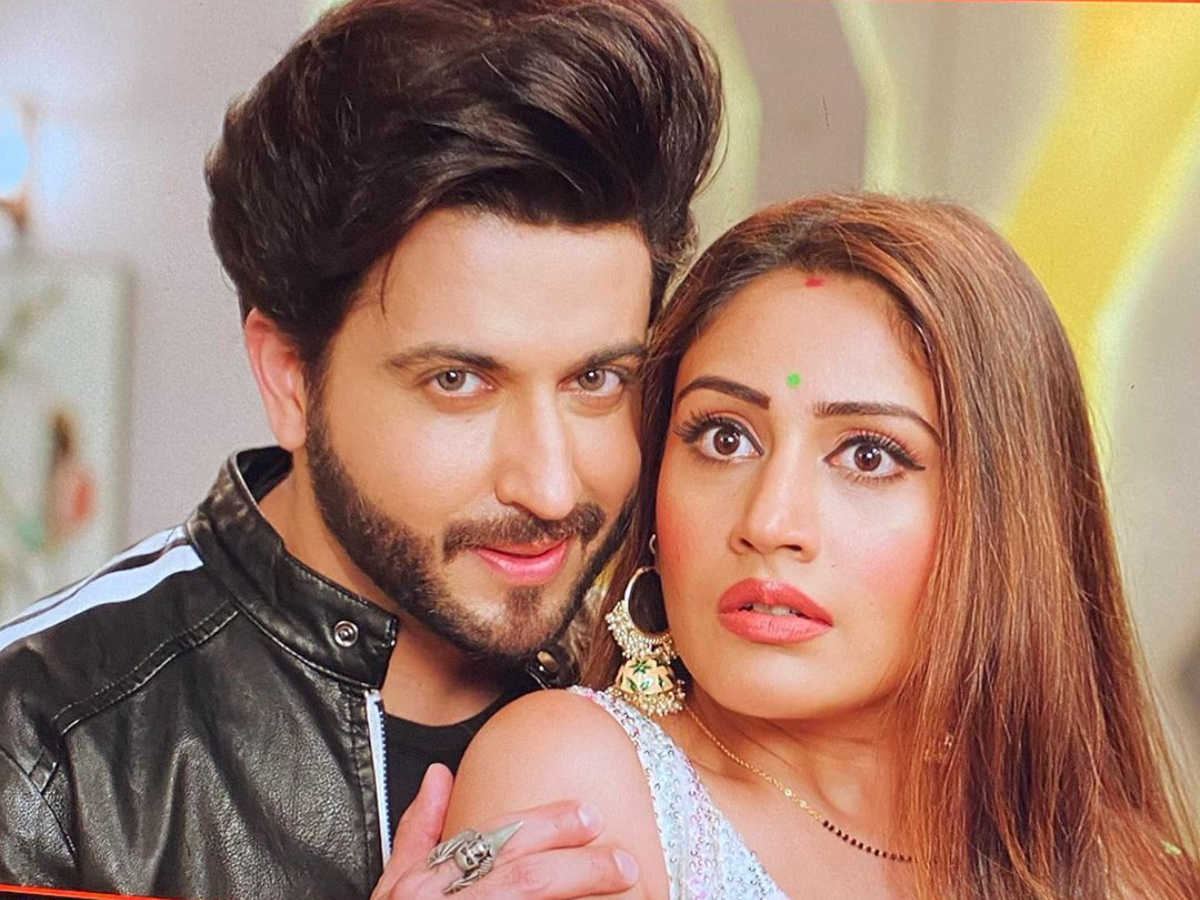 Dheeraj Dhoopar gained fame with shows like Sasural Simar Ka and more recently in Kundali Bhagya, is all set to return to television. While rumours had it that the actor is taking a paternity break since his wife Vinny Arora is pregnant, it seems all of them were put to rest with the promo of his latest show Sherdil Shergill which will feature him alongside Surbhi Chandna.

Interestingly, this will be the first time where Dheeraj Dhoopar and Surbhi Chandna will be playing the lead couple on the show. The latest promo features the two of them locking horns at a stand-up comedy event. In the said teaser, we can see Dheeraj aka Raj introducing himself during the start of the show by talking about how his father suggested that they have a son after two daughters – and how he was born after that to complete the family. However, listening to this Surbhi aka Manmeet from the audience reacts by adding that even when there are two daughters it is expected to be a complete family.

The promo ends with the line, “Do log jinki soch ka DNA hai bahut alag, kya honge yeh kabhi kisi baat se sehmat?” The show promises a ‘hatke’ romance drama featuring Raj and Manmeet who are two opposites, who end up arguing over everything. How their constant debates turn into love is supposed to form the crux of the show.

The promo of the show was also shared by the two actors on Instagram. Sharing it on her Instagram, Surbhi Chandna said, “SherDil SherGill Manmeet and Raj Coming on your Screens Bohot Jaldl ???? @colorstv @voot #manmeetshergill #sherdilshergill” On the other hand, Dheeraj too added it saying, “To new beginnings ???? #SherdilShergill #RKY”. Needless to say, their posts were followed by several well wishes and thumbs ups from their friends in the industry.

SCOOP: Rajkumar Hirani’s next with Shah Rukh Khan was initially a two-hero film; filmmaker had Salman in mind?

This snub hasn’t gone down well with Karan who was instrumental in...