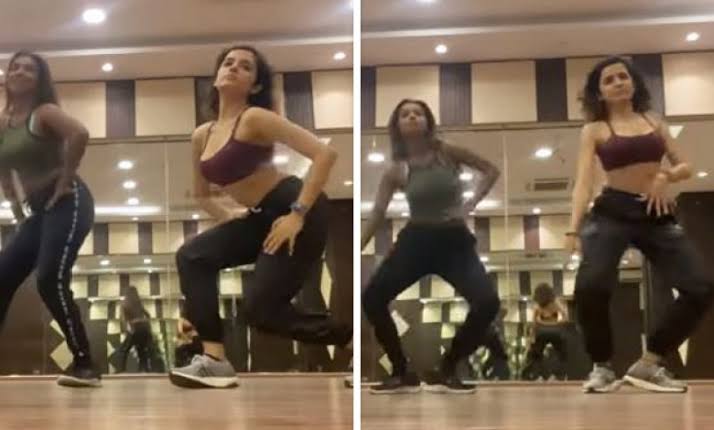 Shirley Setia is all set to make her smashing Bollywood debut in the much spoken about film, Nikamma. Starring alongside Abhimanyu Dassani and Shilpa Shetty, the film is all set to release on June 17.

The title track of the film, Nikamma has been creating waves on social media and has topped all the music charts ever since it was released. One look at the peppy dance number’s video and you will see that the choreography was nothing short of complex yet fabulous. Giving her fans an insight into her dance rehearsals for the track, Shirley shared an outstanding video of her nailing her solo performance and spoke about how she was ecstatic when she finally nailed her dance sequence.

When I first saw this at @ganeshacharyaa masterjis studio, I wasn’t sure that I could pull this solo off. It was the toughest, most fastest choreography I’ve had to learn. All those hours of learning and practicing finally paid off. Here’s a clip of me finally almost learning the choreography, and being happy. thanks @meetali_parmar for being sooo patient with me, and thanks to Masterji and to @sabbir24x7 sir for believing in me that I could do it #lovedance #Nikamma in theatres, 17th June #shirleysetia #trendingreels #reelitfeelit”

A singer, an actress with a super debut film, and an outstanding dancer, there surely is nothing that the multi-talented and adorable Shirley can’t do! We’re eagerly waiting to see her shine on the silver screen!

Jacqueline Fernandez arrives in Abu Dhabi for IIFA; shares her excitement with the cutest picture

The sneek peak of Justin Bieber and Ed...