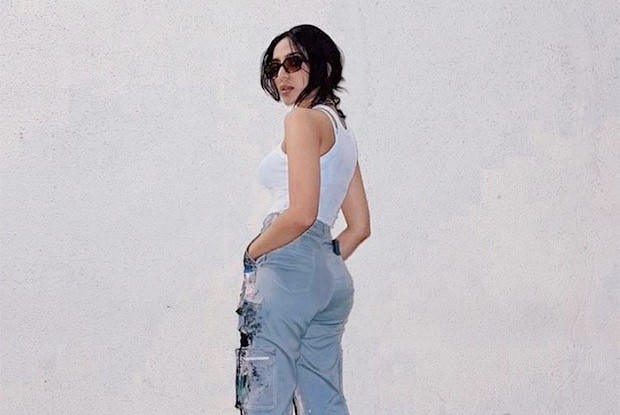 Shobhita Dhulipala has proved herself to be one of the most talented and stylish actresses today. From perfecting every saree look to slipping into regal and sultry dresses, Shobhita is known for owning every look she wears. Recently, the actress shared a set of ultra-cool pictures in which the star was outfitted in hip jeans and a white sleeveless top.

Her wide-end jeans had graffiti designed all over the place which gave her a dope look. Sobhita’s painted pants made quite an impression. Her pants were from the homegrown designer label Jaywalking and came in blue, black, green, and white. She wore the pants with a Jockey India white sleeveless and round neck crop top.

One of the admirable decisions made by the actress was to add glasses, chains, and Louboutin blue heels, all of which contributed to her overall appearance. Sobhita wore minimal make-up and wore her hair in a bun with a few strands on her face. Taking to her social media, Shobita Dhulipala wrote, “An emotional moment as I share that my long-standing dream of looking like a mechanic has come true.”

Meanwhile, on the work front, Shobita Dhulipala has an interesting lineup which includes a sequel to Made In Heaven, The Night Manager, a Hollywood film Monkey Man, Maniratnam’s Ponniyin Selvan and Multilingual project Major among many others.

SEVENTEEN launch global campaign with UNESCO Korea as advocate for education; part of the proceeds from K-pop act’s world tour to be donated

Koffee With Karan 7: Vijay Deverakonda breaks silence over relationship with Pushpa star Rashmika Mandana; says, “She is a darling and I am really fond of her”