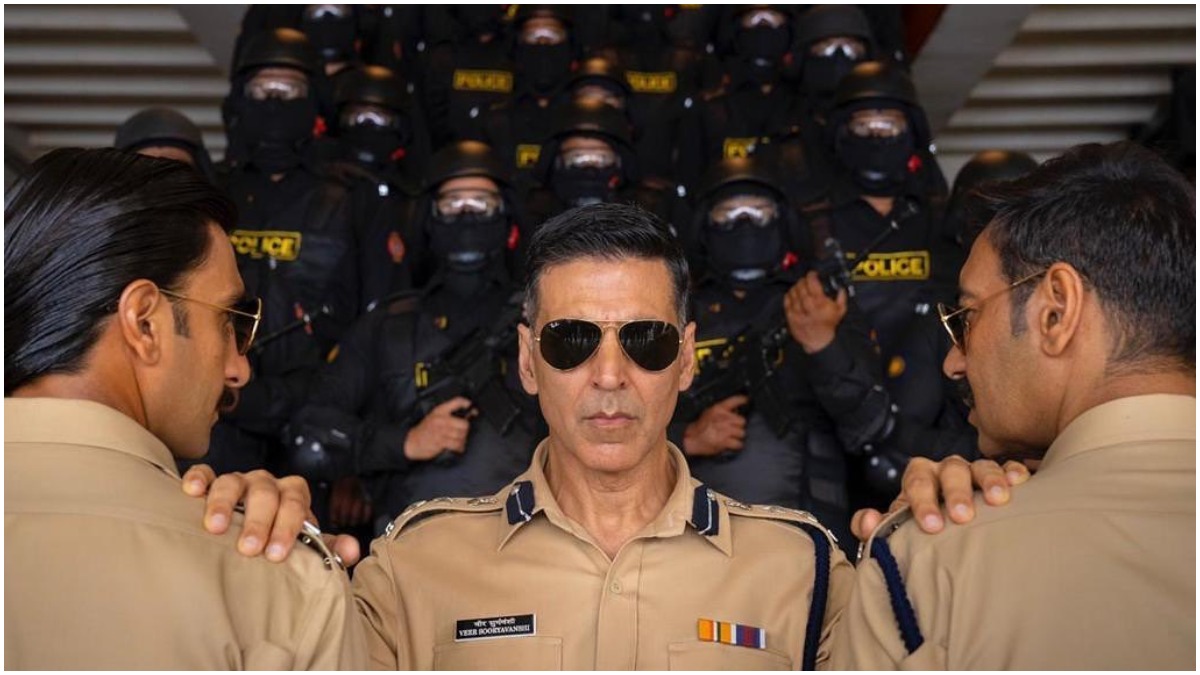 Earlier, it was reported that the other cops from the universe – Ranveer ‘Simmba’ Singh and Ajay Devgn aka Singham will join Akshay Kumar on the sets of Sooryavanshi for a dhamakedaar climax and we have been waiting ever since! And, if you did too, here’s the reward! We finally have a sneak peek of the much-awaited reunion! 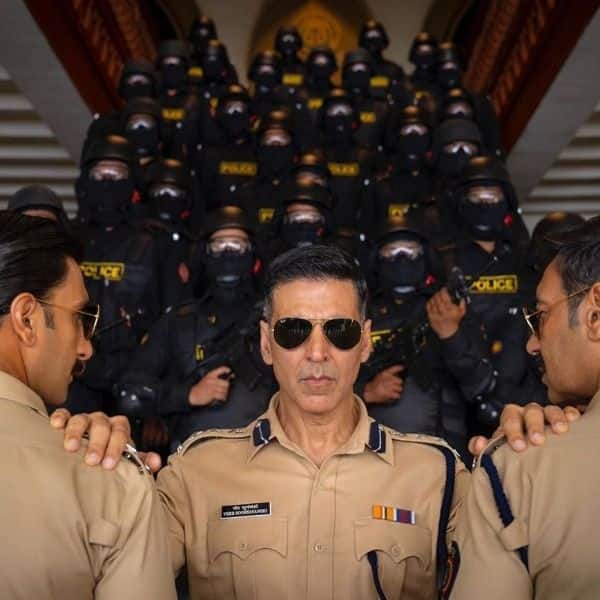 Rohit Shetty’s Sooryavanshi has been in the buzz since the inception. The action film which marks the reunion of Akshay Kumar and Katrina Kaif is being produced under the banners of Dharma Productions along with Cape of Good Films and Rohit Shetty Picturez. Akshay Kumar will play the character of kickass ATS (Anti-Terrorist Squad) chief Veer Sooryavanshi in the film. It was earlier scheduled to release in December this year but it later changed to Eid 2020 and then subsequently shifted to March 27, 2020, to avert a clash with Inshaallah (which is not happening anymore)! Nevertheless, the buzz had/has hit the roof thanks to all the BTS action Akshay Kumar and Katrina Kaif have been sharing. Like that was not enough, it was reported that the other cops from the universe -Simmba urf Ranveer Singh and Ajay Devgn aka Singham will join Akki on the sets for a dhamakedaar climax and we have been waiting ever since!

And, if you did too, here’s the reward! We finally have a sneak peek of the much-awaited reunion. In fact, Akshay Kumar himself took to Instagram and shared, “The desi Avengers of the Cop universe! When Bajirao ‘Singham’ meets Sangram ‘Simmba’ Bhalerao meets Veer #Sooryavanshi, expect not just fireworks but a full-blown blast on 27th March, 2020☄️?☄️ @ajaydevgn @ranveersingh @katrinakaif @itsrohitshetty @karanjohar @reliance.entertainment @rohitshettypicturez @dharmamovies #CapeOfGoodFilms”

Looks explosive, doesn’t it?! As per Pune Mirror, a source close to the film had said, “It will a grand finale with Singham, Simmba and Sooryavanshi teaming up to fight a larger-than-life situation. Rohit and his writers have been working on the climax for months and have finally cracked a scenario which does justice to the three super cops.”

Leaked! Ranbir Kapoor’s look leaked from the sets of Shamshera.

Amrita Singh putting kala teeka on Sara and Ibrahim during their shoot is every Indian mom ever.

Amy Jackson’s babymoon pictures are too fab to handle

Steve Carell reveals about the inception of Space...