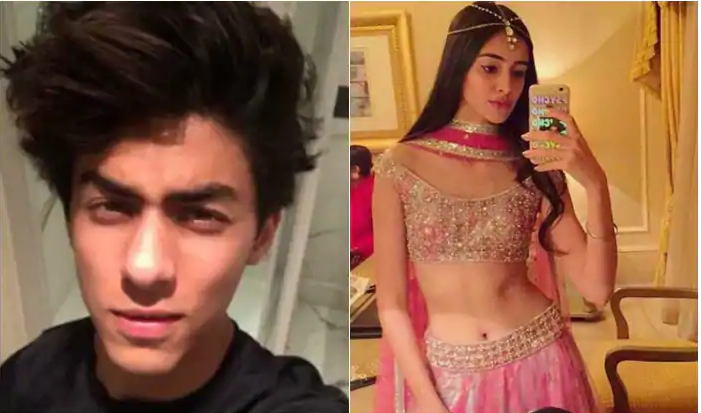 Ananya Pandey, Shah Rukh  Khan’s daughter Suhana and Sanjay Kapoor’s daughter Shanaya Kapoor have grown up together and they still share a great bond with each other. Ananya, who has praised her BFF Suhana many times in the past, recently opened up about Aryan Khan and his Bollywood plans.

Speaking about Suhana and Aryan, Ananya said that both of the Khan kids are extremely talented and are meant for bigger things in life. Speaking about Aryan, she revealed that he is more inclined towards direction which he is apparently great at. According to Ananya, he is a very good writer and is witty and smart too.

Elaborating more, she added that she loved his voiceover of Simba in ‘The Lion King’ and she hopes that he becomes an actor one day.

Meanwhile, Suhana recently showed off her acting chops in her latest short film, ‘The Grey Part of Blue’.

On the work front, Ananya is gearing up for the release of her upcoming film, ‘Pati Patni Aur Woh’. The movie also stars Kartik Aryan  and Bhumi  Pendekar in lead roles. It is slated to hit the theatres on December 6, 2019.

Dabangg 3’: THIS unseen still from ‘Munna Badnaam Hua’ song is sure to leave you asking for more

Actors to do makeup at home, doctors to be on set and more new safety measures set up by Cine bodies

Devoleena Bhattacharjee quarantined for 14 days after her cook tests positive for...

Ranveer Singh shares the poster of his first...

This unseen picture of ‘Mary’ Kareena Kapoor with...