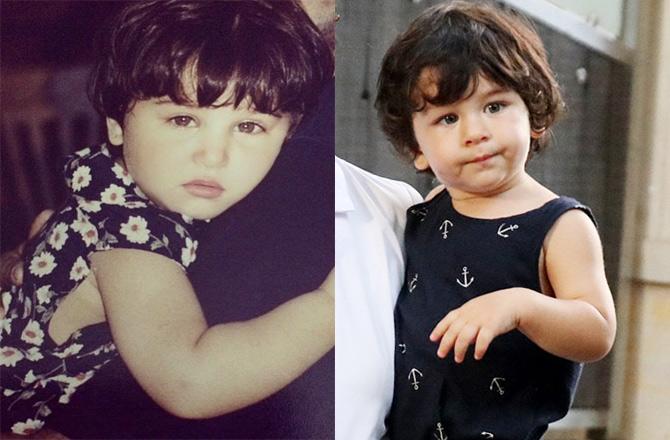 Tara Sutaria, who made her debut with Student of The Year 2 shared a childhood photo of hers on Instagram, and soon enough Arjun Kapoor dropped a hilarious comment. He compared her to Taimur Ali Khan

Tara Sutaria took a trip down the memory lane and shared a throwback picture of her little self. The photo has her cuddled up in somebody’s arms. She shared the photo and captioned it: “Butterball Baby.”

Arjun Kapoor, who is known for his amazing sense of humour, dropped a comment on Tara’s post. He compared her to Kareena Kapoor and Saif Ali Khan’s two-year-old son, Taimur Ali Khan. The kid is already a social media sensation and his pictures are all over the internet.

Tara Sutaria made her Bollywood debut with Punit Malhotra’s Student of The Year 2. The film also featured Tiger Shroff and newbie Ananya Panday (daughter of Chunky Panday). The film released on May 10, 2019, and is a sequel to Student of The Year, which was released in 2012. This film marked the debut of Karan Johar’s proteges – Alia Bhatt, Varun Dhawan, and Sidharth Malhotra.

Student of The Year 2 did not meet up the Box Office expectations and Tara Sutaria is unfazed about it. The film made Rs 12.06 crore on its opening day and Rs 14.02 crore on Saturday. The story is about a hardworking college student (Tiger) who overcomes his personal challenges and faces his competitors to win the Student of the Year Cup. Its script and unreal situations have drawn criticism.

Asked if she was disappointed, Tara told the media: “I am not feeling disappointed, but I am feeling really happy that it has been accepted so well. I think what we envisioned for the film, according to that, we feel lucky and thankful that it has opened so well at the box office. The entire team of SOTY 2 is very happy and I would like to make an appeal to the audience to keep giving us the love that you have been giving us.”

‘We need diversity behind the camera as well’: Nisha Ganatra

Check out your horoscope for today!!