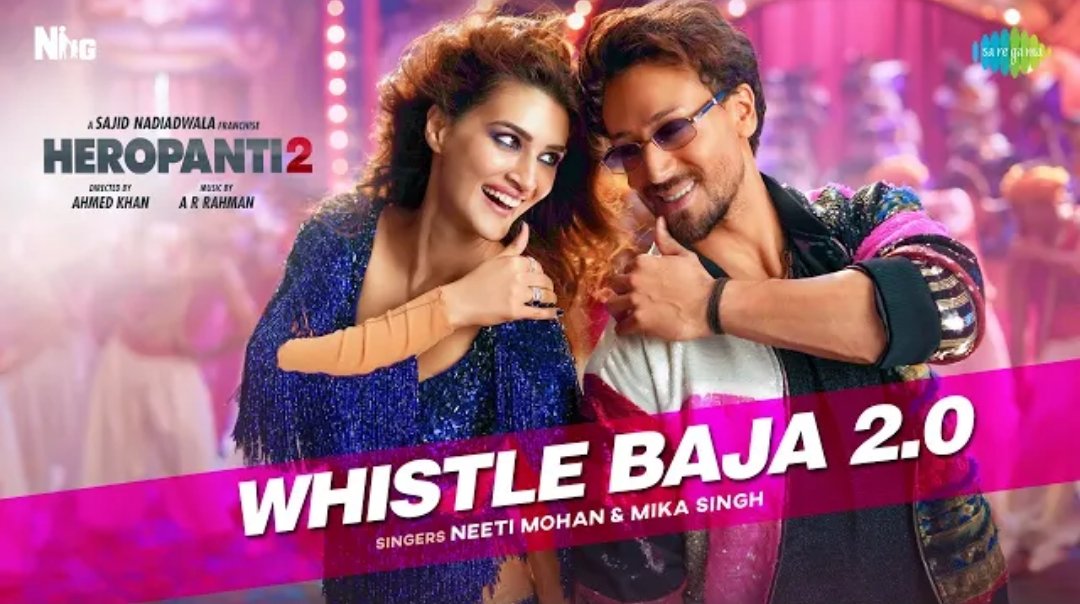 Tiger Shroff is currently gearing up for the release of his action-packed film Heropanti 2. The film directed by Ahmed Khan will be released in theatres on April 29. Apart from the high octane action sequences in the film, the music of the film composed by AR Rahman has had the audience hooked. The makers have been arranging separate events for the launch of every song. After ‘Dafa Kar’, ‘Jalwanuma’, and ‘Miss Hairan’, the team is all set to launch the song ‘Whistle Baja 2.0’.

The new track will be launched at an event at Gaiety cinemas in Bandra on Saturday. Tiger Shroff will be attending the event. Sung by Neeti Mohan and Mika Singh, the song has been penned by Mehboob and composed by A R Rahman.

‘Whistle Baja’ was also a part of the 2014 film Heropanti which marked Tiger’s debut in the industry. The songs from the film were a hit and the second part also seems to be following on the success path.

After films like Baaghi 2 and Baaghi 3, trio Sajid Nadiadwala, Tiger Shroff, and director Ahmed Khan are now looking to push the envelope and set a new benchmark in action with Heropanti 2. This time around the sequel of the blockbuster has been mounted on a huge budget and will witness never-seen-before action.

Written by Rajat Arora and music by A R Rahman, Sajid Nadiadwala’s Heropanti 2 is directed by Ahmed Khan, who also directed Tiger’s last release Baaghi 3. Tara Sutaria and Nawazuddin Siddiqui also play pivotal roles in the film. The movie is scheduled to release in theatres on 29th April 2022 on the auspicious occasion of Eid. 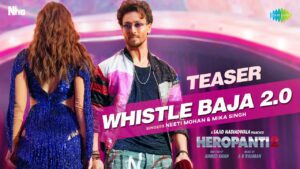 Shilpa Shetty encourages people to do a ‘karna mauna’ to cleanse their...

Benedict Cumberbatch’s The Current War finally gets US...