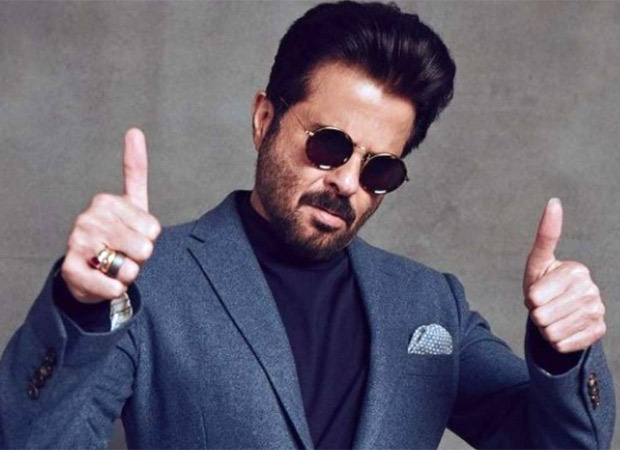 Fans of 90s movies will vouch for the fun camaraderie Anil Kapoor shared on screen with Anupam Kher in several movies like Lamhe, Ram Lakhan etc. The two actors have always close friends in real life as well and recently the duo decided to catch up on a movie together. Anupam Kher posted a video of him and Anil Kapoor having a fun conversation in one of the multiplexes right before they were going to watch the multi lingual blockbuster RRR starring Ram Charan, Junior NTR, Alia Bhatt, Ajay Devgn among others.

The Kashmir Files actor posted the video on Instagram saying, “Went to the theatre after many many years with my dearest friend @anilskapoor to watch @ssrajamouli #RRR. This hilarious conversation is before the film. Have fun & Enjoy. #Friends #JoyOfCinema.” In the video, the fun banter of Anupam Kher and Anil Kapoor involved them not only discussing RRR but also promoting the latter’s upcoming films Thar and JugJugg Jeeyo.

The two actors were seen discussing if they were really on a movie date. Anil Kapoor said, “I am feeling as if I have come out for a date.” But Anupam did not agree to it and replied, “I would not like to say that.” But it seems Anil was quite insistent on calling it a ‘date’ as he added, “No but a date with Anupam Kher. We are watching Rajamouli’s RRR. Are you looking forward to the film?”

What followed was Anupam Kher’s interesting twist about Anil’s upcoming film Thar, also starring the latter’s son Harsh Varrdhan Kapoor, Fatima Sheikh, and Satish Kaushik. He said, “I am very looking forward to RRR. I thought I have to have a conversation with him on the 6th.” To which Anil immediately added, “But on 6th even Thar is releasing, so not only RRR publicity a little bit of Thar publicity should also be done.”

Anupam also made a reference to his popular film titled The Kashmir Files, saying, “I will 100% talk about it. One thing common between Mr. Rajamouli and me is that we are all in 300 crore club maybe he is a little more than that.”

To which, Anil humbly replied with his hands folded saying, “Sir if at least I can beat ?30 crores in my other films I would be very happy sir. Please give blessings sir.” Giving his blessings, Anupam added another reference to one of Anil Kapoor’s upcoming films saying, “JugJugg Jeeyo,” The film features Varun Dhawan, Kiara Advani, and Neetu Kapoor.

From Ranveer Singh and Deepika Padukone’s Mickey-Minnie avatar to Hrithik Roshan’s love for Popeye and samosa, artist Arpit Dudwewal takes us through his artwork

Sonam Kapoor bakes a cake for the family, and mother-in-law Priya Ahuja is all praises