Folks, here’s some good news pouring in! Saaho actress Evelyn Sharma got engaged to her boyfriend, Australian dental surgeon and entrepreneur, Dr Tushaan Bhindi . They got engaged on Saturday, October 5. The actress who never spoke about her personal life, was dating him for over a year. Reportedly, Tushaan popped the question to her while they were in Australia. Later, Evelyn took to her Twitter page to officially announce her engagement by posting a picture of them sharing a passionate kiss with a caption that read, “Yessss!!!’ along with heart-eyed, star-shaped heart eyed and a diamond ring emojis.

Telling  about how they fell in love Evelyn said that ..
“We met on a blind date last year, which was set up by our good friend. Tushaan is a romantic guy and he’s even filmier than I am,” the actress told while an interview. 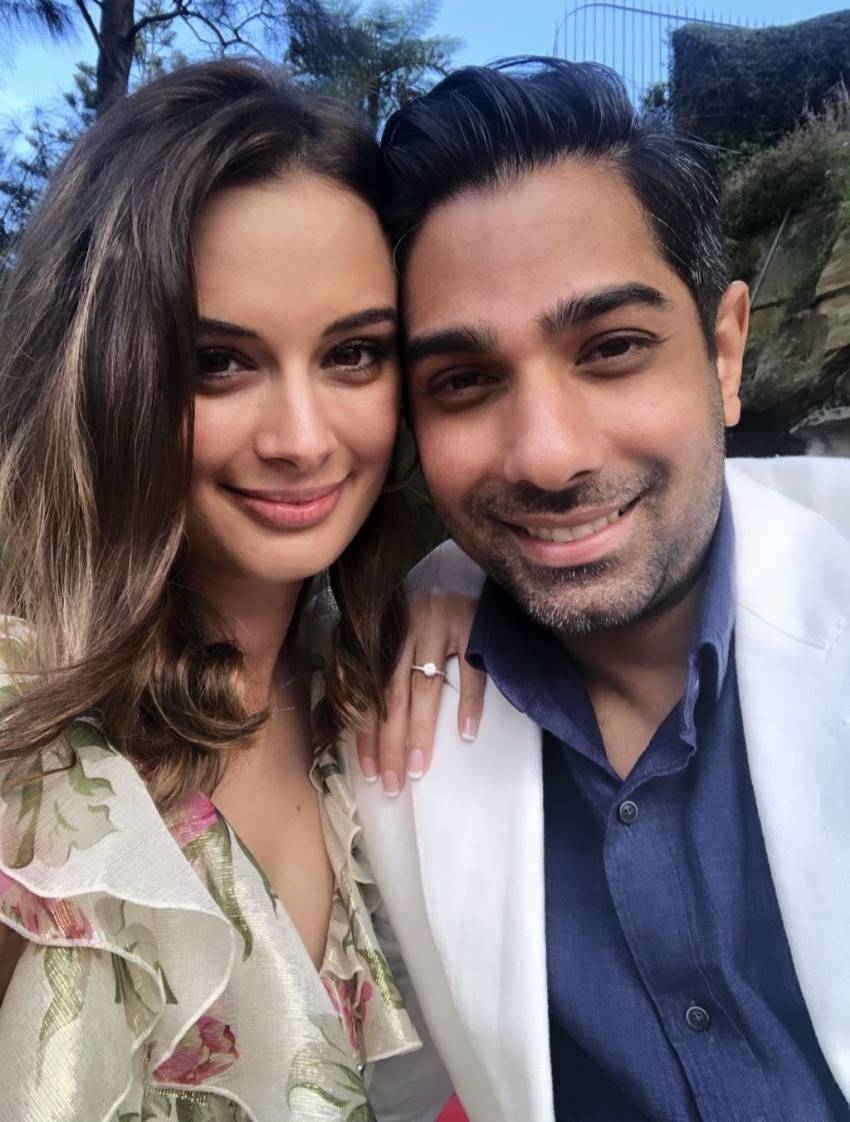 Before making their relationship official, Evelyn and Tushaan decided to introduce each other to their respective families, first to seek their blessings, and then, to move ahead with the engagement during the auspicious period of Navratri.

According to a report, Tushaan went down on his knees on the famous Sydney Harbour Bridge and popped the question to Evelyn. He arranged for a guitarist to play their favourite songs in the background and read out a special note penned by him. Evelyn further told , “It was a dream come true! Tushaan knows me so well… his proposal was perfect!”

To this, Evelyn revealed, “We will make a separate announcement for that once the date is set. For now, we would like to enjoy our time together.”

The ‘Yeh Jawaani Hai Deewani’ actress revealed, “I would love to shift base to Australia. Sydney is one of my favourite cities in the world, but we will always have one base in India, too. It is our home after all.”

WAR to be Tiger Shroff’s highest grosser of all-time.

Anil Kapoor reveals his fitness regime at 65 – “The grind that comes before lights, camera, and action”

“What I have learnt in last 12 years, I learnt from Aamir Khan in 45 days” – Naga Chaitanya on Laal Singh Chaddha

Sanjay Dutt talks about the charm of 80s’...