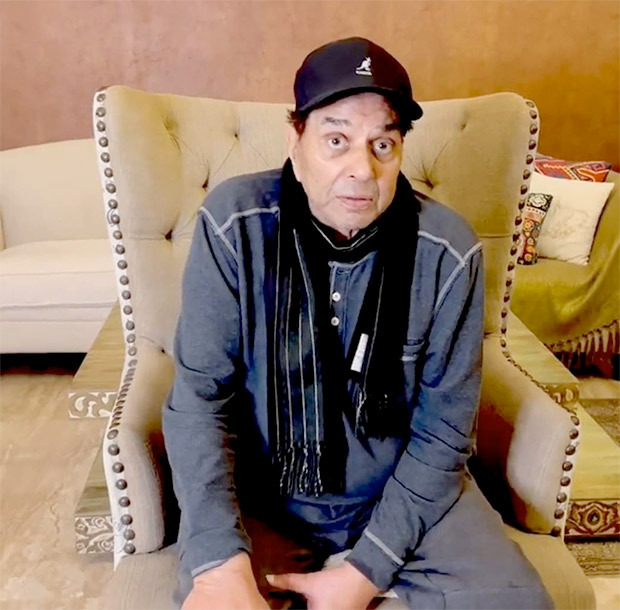 Veteran actor Dharmendra was taken to ICU last week for a muscle pull and was discharged on May 1. The actor then took to his Twitter account to share an update about his health and talked about the lesson he has learnt now. He said that one should know their limits and don’t go overboard.

Sharing the video, Dharmendra wrote, “Friends, don’t overdo things …know your limits, I did it and learned my lesson.”

Sitting in his chair, he said in the video, “Friends, don’t do anything over. I did it and suffered a big muscle pull at the back. So I had to go to the hospital for two-four days. It was difficult. Anyway I’m back with your good wishes, his blessings. So don’t worry. Now I’ll be very careful. Love you all.”

Dharmendra was admitted to Breach Candy Hospital. An official statement from the read, “Actor Dharmendra had a backache during shooting, after which he was admitted four days ago. He has now been discharged.”

On the work front, Dharmendra is currently shooting for Karan Johar-directed Rocky Aur Rani Ki Prem Kahani. The film stars Ranveer Singh and Alia Bhatt in the lead roles with Jaya Bachchan and Shabana Azmi in pivotal roles. It is set to release on February 10, 2023.

Wedding bells for Farhan Akhtar and Shibani Dandekar in 2020

Mr. Lele put on backburner due to scheduling...