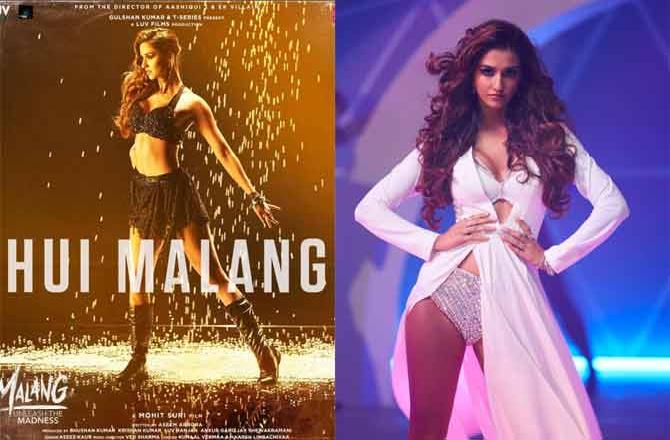 Disha Patani has been about town promoting her upcoming release ‘Malang’ and today the title track of the film will be released. Sharing a sizzling glimpse from the track, Disha posted a click on Instagram where she is snapped flaunting her hot-bod in a white ensemble. The actress personified hotness as she showed off her svelte figure in a glittering ensemble paired with a white cape-like outfit.

Speaking about her character in the film, Disha told Mumbai Mirror, “It’s different from what I’ve done before and yet close to who I am. Since the film is a thriller, a genre I love, I can’t divulge much. But yes, it has grey shades, all the principal character do.” Disha has been paired opposite Aditya Roy Kapur in ‘Malang’. Directed by Mohit Suri, the thriller also features Anil Kapoor and Kunal Kemmu in pivotal roles. ‘Malang’ is slated for release on February 7, 2020.

Apart from this film, Disha will be reuniting with Salman Khan for ‘Radhe: Your Most Wanted Bhai’. The actress has already begun shooting for the film which is scheduled to hit the screens during Eid this year.

Himesh Reshammiya to kick-start the shoot of his next, Namastey Rome

The Kashmir Files Box Office: Becomes the no. 1 worldwide grosser of 2022 so far; occupies the 24th rank in the All-Time list