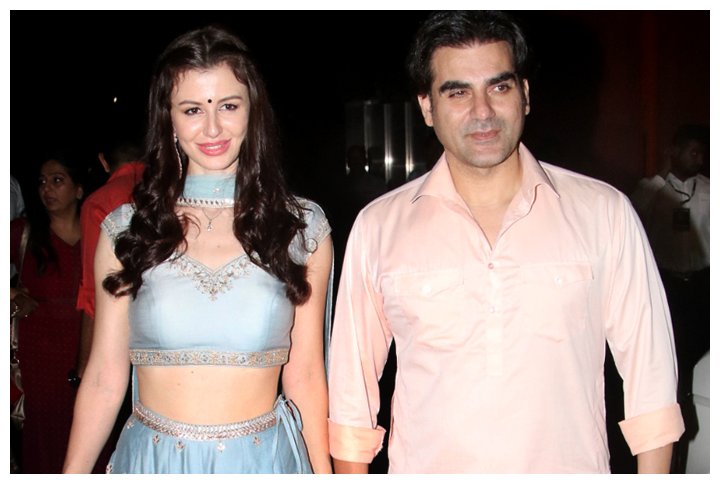 Giorgia Andriani opens up about her relationship with boyfriend Arbaaz Khan and his family, especially his son Arhaan and brother Salman Khan.

Actor-filmmaker Arbaaz Khan’s girlfriend Giorgia Andriani is all set to make her debut in Bollywood. The Italian model who is often spotted at the Khan family dos with Arbaaz will be seen in Welcome to Bajrangpur.

Talking about their relationship, the 30-year-old said in an interaction with Bombay Times, “Arbaaz’s positivity keeps me going. He keeps me balanced. I live in my fairytale world while he lives in reality and gets me back to the real world (laughs). I like his laughter. It’s his humour that binds us together. We have a lot of fun all the time; we are always laughing and cracking jokes.”

Giorgia, like Arbaaz in a recent interview, played down on speculation about their wedding, saying they will make an announcement once something is finalized.

She was more forthcoming about her relationship with Arbaaz’s son Arhaan and his brother Salman Khan.

Describing the Dabangg star as humble, she said, “I was taken aback by his stardom. During Eid Arbaaz and I were trying to go to Galaxy (his house in Mumbai), and we had a tough time manoeuvring our way through the crowd, as hordes of people were waiting to get a glimpse of Salman outside his house.”

She said that Arhaan, Arbaaz’s son with former wife Malaika Arora, reminded her of Salman from his Maine Pyaar Kiya days. “Arhaan is a very nice guy. He is just like his dad, very humorous. We play pranks and joke around. I have seen Salman’s Maine Pyaar Kiya and Arhaan reminds me of Salman of that time. He is a copy; the way he acts, behaves, talks, his gestures are exactly like Salman’s.”

Robert Pattinson to return for Matt Reeves’ The Batman sequel

Anees Bazmee to talk about his journey of 35 years at Anupam...

PICTURES: Kriti Sanon and Nupur Sanon have a...