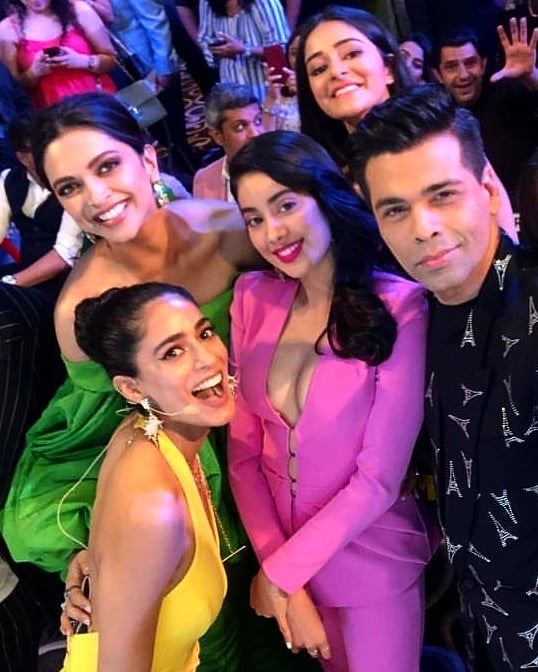 Grazia Millennial Awards 2019 is celebrating and honouring millennials who have made an impact across various categories from founders, influencers, philanthropists, and fashionistas!

Here are some of the amazing looks by the winners:

3. Honorary Millennial of the Year won by one and only Karan Johar giving all his cool vibes wearing Balenciaga.

4 Jahvi Kapoor  looked hot in pink pant and suit by Safiyaa ,she won the award for Rising Star of the Year.

5. The Next Gen Star of the Year award won by Chunkey Pandey’s daughter Ananya Pandey ,she attended the event in high low beautiful ruffle dress by Galia Lahav.

7.Who better can deserve this award  for Digital Influencer of the Year than  Kusha Kapila.

8. Sobhita Dhulipala (Made in Heaven star) won the award for Breakthrough Performer of the Year (Female).

10. Gautam Vazirani won the Fashion Eco-warrior of the Year.

Millennial of the Year: Deepika Padukone

Next Gen Star of the Year: Ananya Panday

Designer of the Year: Ruchika Sachdeva

Ages Ahead Performer of the Year : Vicky Kaushal

Model of the Year: Anjali Lama

How to style a white basic t-shirt in 5 different ways!

Sidharth Shukla says the toughest part about being...