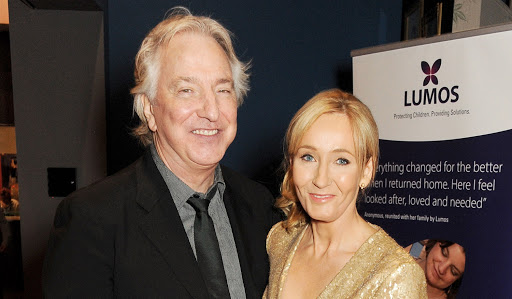 Harry Potter author J.K. Rowling remembered the late actor Alan Rickman in her latest post which will make you emotional. The actor played the role of Professor Severus Snape in all eight Harry Potter movies.

A fan tweeted, “Tonight in Italy they air ‘Harry Potter and the Deathly Hallow Part 2’. As always, I’m NOT ready to say goodbye to Severus Snape … Thank you @jk_rowling for this unique character and for convincing Alan Rickman to portray him – we had the perfect Severus Snape.”

Rowling responded, “In Harry Potter & the Cursed Child, Snape makes his first appearance with his back to the audience. At the dress rehearsal I saw him in his long black wig & my eyes filled with tears because, for a split second, my irrational heart believed when Snape turned round, I’d see Alan.”

Watch: Shehnaaz Gill expresses her disappointment at being locked up again after Bigg Boss 13

For The FIRST Time Father-Daughter Duo to be seen together, Boney said it will be emotional.