All MOMOLAND members to not renew contract… 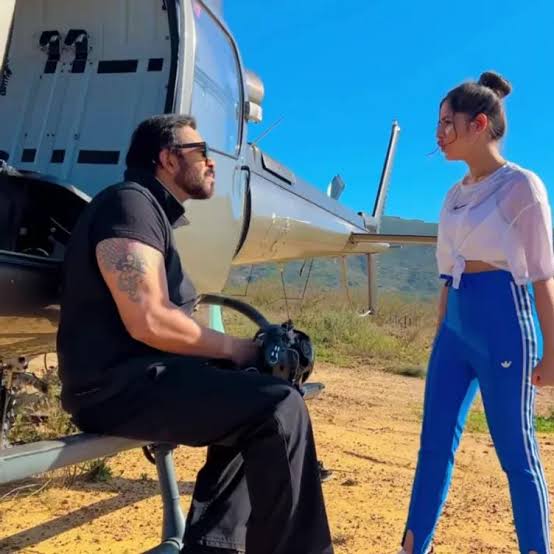 Jannar Zubair has given some remarkable performances in television shows. She enjoys a massive fan following on social media. She engages with her fans via her official social media handle as she regularly posts about her life and keeps up with the recent trends.

Recently, Jannat took to her official Instagram handle to post a fun-filled, short video with the host of the stunt show Rohit Shetty. The two of them can be seen acting on a funny audio and the fans absolutely love it. She shared the reel on her account and the caption said, “Sir” with teary-eyed emojis. The reel went viral as soon as it was posted, and the fans are loving the bond between the host and the contestant of the show. Several fans dropped heart emojis in the comment section while others appreciated the friendship that they share.

She has been a part of a variety of daily soaps. The actress is currently participating in Khatron Ke Khiladi season 12 hosted by Rohit Shetty. Jannat has been regularly giving her fans a little sneak peek as she is enjoying her time, shooting for the show in Cape Town. The actress has made headlines for being a part of dangerous and deadly stunts on the show.

Jannat Zubair is the youngest contestant on the stunt show. Recently, in conversation with ETimes, the actress revealed that the host of the show, Rohit Shetty calls her by a unique name. She said, “More than anything, my aim is to learn as many things as possible from our mentor Rohit Sir and from all my co-contestants. I love all the pampering that I get on the set, but when it comes to stunts, I get equally tough tasks; and I make it a point to always try and complete them to the best of my ability. Hence, I got the name ‘Chhota packet, bada dhamaka’ from Rohit Sir himself.”

Pooja Hedge is complete goofball in her most recent photos wearing a...

Shruti Haasan’s team had a sweet surprise for...

Neena Gupta admits liking Suhana Khan and claims that she can be...