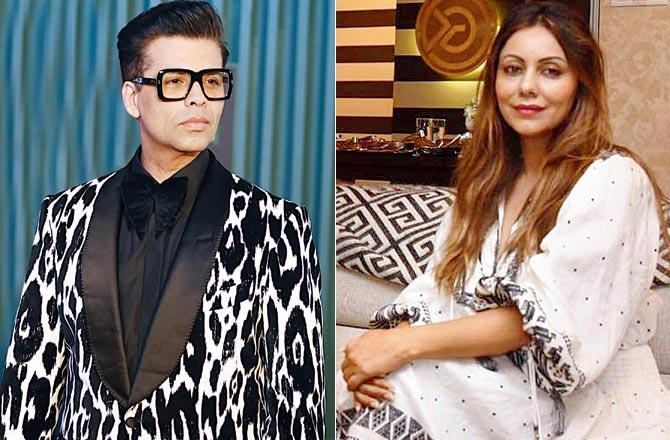 With a dating series for Netflix in the works, sources say Karan Johar to host another talk show centred on Bollywood star wives

In March, mid-day had reported that Karan Johar was in talks with Netflix to host a dating show. Sure enough, on his birthday, the filmmaker announced that he is joining forces with the streaming giant for What The Love? Even as he readies to dole out relationship advice, Johar’s in-house digital arm has simultaneously set the ball rolling on another chat show – this time around, the director-host will have star wives for company.

A source reveals, “It is an intimate chat show where star wives will talk about how they have seen their better half chart a career in Bollywood, their struggles, and how their relationships have survived despite the constant spotlight and the dizzying pressure of stardom. Karan intends to bring in Gauri Khan and Twinkle Khanna amongst others. The show will also, by extension, feature star moms or momagers who have helped their kids foray into the movies. Currently in the nascent stage, the show, once developed, will be pitched to different OTT platforms.”

The source adds that the project will roll only by end of 2020, after Karan wraps up Takht, which features Ranveer Singh, Alia Bhatt and Vicky Kaushal.

Composers Shankar-Ehsaan-Loy opt out of Saaho

Exclusive! Vivek Oberoi: Should actors be side-lined just because they are related to somebody in the industry?

Sidharth Shukla is all praises for his mom’s cooking, says it’s his all-time favourite food