Kareena Kapoor is undeniably Bollywood’s royalty, who captivates everyone with her grace and elegance. But she doesn’t forget to let her hair loose and have fun. Recently, Kareena turned into a farmer for a day and enjoyed the sunny outdoors, digging up the earth with a spade. Kareena can be seen enjoying this activity with popular Youtuber Prajakta Koli. 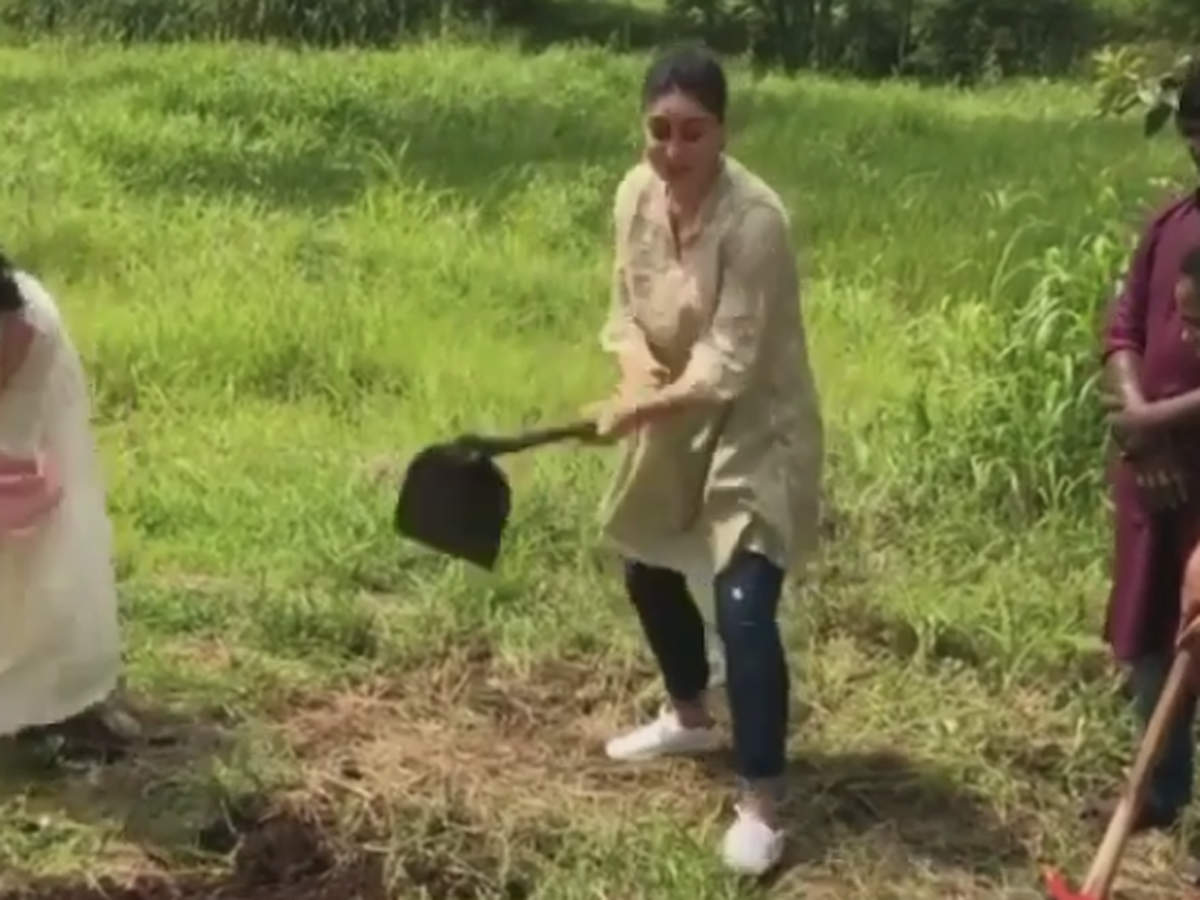 The ‘Begum of Bollywood’ has been seen digging the earth in a video which has been doing the rounds on internet. Many fans are confused and curious as to what exactly she is doing on a field with Youtuber Prajakta. It looks to us like Kareena has stepped into the shoes of a farmer, and is going all out in the activity. Wearing a beige kurta, dark denims and white sneakers, Kareena has tossed her hair in a top knot and rolled up her sleeves while digging. We wonder why Taimur did not join in the fun.

Have you ever seen Bebo in this avatar? In another photo, Kareena and Prajakta strike a pose for the camera, showing off their dirty hands.
On the work front, Kareena will next be seen in Good Newwz, starring alongside Akshay Kumar, Diljeet Dosanjh, and Kiara Advani. The film is directed by Raj Mehta, and produced by Karan Johar’s Dharma Productions. It is scheduled for release on December 27. Kareena will also soon begin shooting for Lal Singh Chaddha, which is going to be a remake of the 1994 Hollywood film Forrest Gump, starring Tom Hanks. Lal Singh Chaddha will star Aamir Khan in the lead opposite Kareena. The film will reportedly be shot in 100 locations across India, and will release some time in 2020.

From Deepika Padukone’s trench coat to Ranveer Singh’s Red Riding Hood avatar, here are the VIRAL pictures of the WEEK!

Siddhant Chaturvedi thanks the front liners and Mumbai Police for their support during Coronavirus with a rap!

Kartik Aaryan reveals why he named his dog...